Fort Gay, W. Va. — After taking a couple years off from the Tri State league Crum and Tolsia are back together in 2017. Crum had a ton of success including a championship last year in another league. This season Tolsia Youth Football is finally back to full strength and the numbers are back up with kids playing together.

The Rebels hosted Vinson on Saturday and came away with a couple wins.

The Rebels youngest bunch couldn’t get much going in this one and fell to 0-4 on the year. The E Team played as well but stats are not kept. 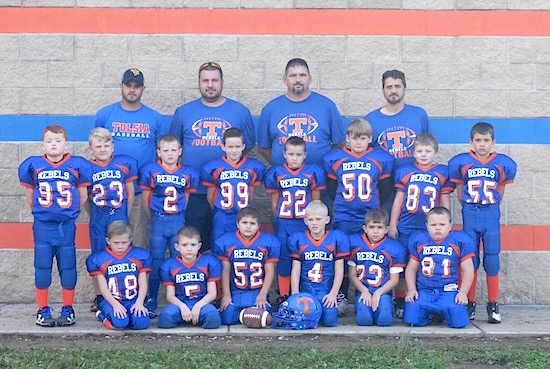 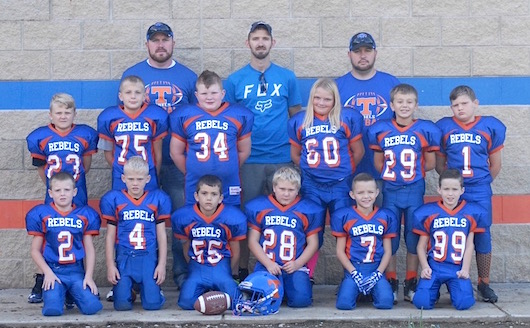 Tolsia’s Evan Ball scored two touchdowns on runs of 5 and 23 yards, Luke Fetherolf had a 58 yard interception for a touchdown and two 2 point conversions, Kaden Johnson had a 26 yard touchdown run and a 2 point conversion as the Rebels picked up their first win of the year. 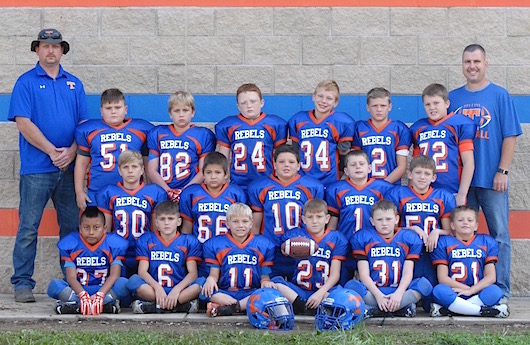 Braydon Mollette stripped the Vinson running back of the football and ran it in from 35 yards out to jumped start a Rebel shutout in less then 2 quarters of action as the Tigers had to leave early. Mollette also had a 2 point conversion. Parker Watts had a touchdown run of 22 yards and a touchdown pass of 19 yards to Luke Williamson. Bradee Vance added a 2 point conversion as Tolsia improved to 3-1 on the season. 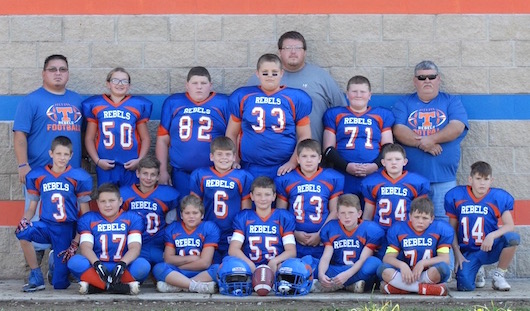 David Dingess had a 10 yard touchdown run to give the Rebels a 6-2 lead but Tolsia couldn’t hang on and fell to 1-3. 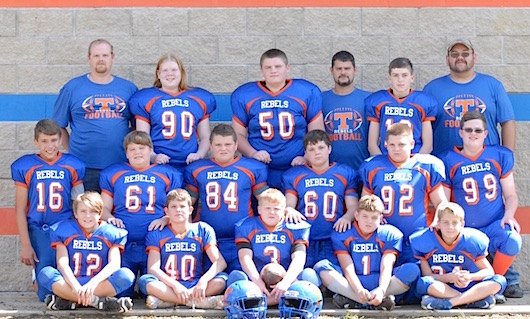 Remaining schedule for the Rebels

“… We are making strides after we combined and the league is doing great. The A team and C team overall record does not reflect the teams they are, all teams are getting better each week.”