It’s been said that the learning of history is most effectively done when taught in authentic context through the element of stories.

Following are a sampling of books I’ve previously reviewed for Kentucky Monthly that demonstrate the telling of Kentucky history in such a way. One deals with the topic of Confederate fighters in the American Civil War, a book that perhaps can shed some light on the current public discourse on the appropriateness of contemporary memorials of the era.

Another shares primary sources in the form of letters from the early days of Kentucky’s statehood.

Still another book offers a depiction of what Daniel Boone’s wife, Rebecca, likely experienced in the hard and dangerous life of frontier Kentucky.

And for military buffs appreciating the U.S. Marine Corps, an inspirational biography of Hopkinsville’s Major General Logan Feland might open some eyes. And, in Marshall Myers, one can take a highly engaging look at 16 little-known stories from the Commonwealth’s past, told by a master historian in an easily readable way. 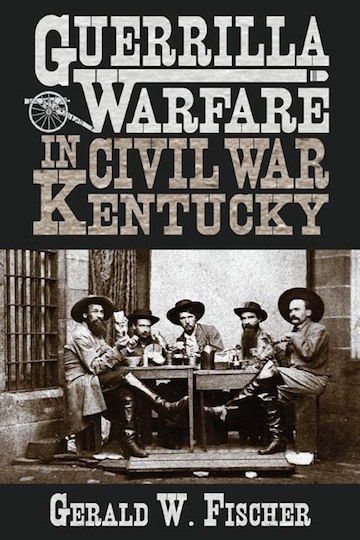 Called Guerrilla Warfare in Civil War Kentucky (2014; Acclaim Press), it focuses on the area Fischer calls the “Heartland of Kentucky,” defined as the Pennyroyal and Bluegrass regions in the central/west-central areas of the state. They were considered, he said, “‘neutral’ to the conflict but important to both sides.”

According to the author, those “gloriously dangerous and sometimes cruel and ruthless men (the guerillas) brought relief to part of the population and terror to the others.” He tells stories of colorful characters like “One Arm” Sam Berry, Henry Clay “Billy” Magruder, Captain Bill Marion, and Jerome Clarke, also known as Sue Mundy, and also includes William Clarke Quantrill and his raiders.

Fischer makes the point that the guerilla fighters were not a minor aspect of the war, stating that “combined with others, likely prolonged the Civil War for, perhaps, a year.”

The expansive area west of the Appalachians in the early days of America’s history was in need of land surveying, and John Floyd, Deputy Surveyor of Fincastle County, Virginia, led a group of men there to survey 206,000 acres.

That started in 1794, with much of the acreage in the future state of Kentucky. Floyd was only 24 and died nine years later while receiving Indian resistance, a feature of the times. He left his pregnant widow.

Floyd was a prolific communicator through letters, giving the world a view of life in those days of hardship and danger. Hundreds of the primary sources are made available by the editing work of Neal O. Hammon in his book, John Floyd:The Life and Letters of a Frontier Surveyor (2013; Butler Books).

Hammon, called by Kentucky poet Richard Taylor “a non-academic who is perhaps the dean of Kentucky frontier historians,” has given readers the benefit of hundreds of hours of research in the 298-page offering. 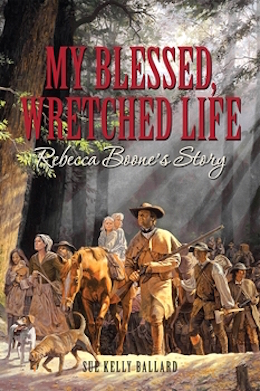 Sue Kelly Ballard, a college chemistry teacher, has mixed her passion for Daniel Boone family history, her humble desire to be accurate, and her silky-smooth prose into a workable solution: namely, an authentic first-person depiction of the iconic Kentucky explorer’s wife raising her brood in the hard frontier times of the late 1700s.

Sparked by the fortitude of her own mother who raised five children under difficult circumstances, along with the same being a descendant of the Boones, Ballard writes of hardship, danger and death, familial love, and community dependence in the Kentucky frontier.

She both mourns her beloved Daniel on his sojourns from Boonesborough, and sometimes sleeps with her back turned to him in resentment while he is home.

Navigating the challenges of feeding, giving shelter and protection to a family in an often unfriendly wilderness can produce those situations, in spades.
In most all accounts, Ballard portrays Rebecca Boone as a woman of indomitable strength.

Ballard consulted with a host of historians, paired with her own research, to create the 374-page book.

Kentucky has always played a significant role in supplying America’s armed forces with brave and competent members from its citizenry. One of note and perhaps not particularly well-known was an individual from Hopkinsville, Logan Feland, who, according to author David J. Bettez, “played a major role in the development of the modern Marine Corps.”

Steve Flairty grew up feeling good about Kentucky. He recalls childhood day trips (and sometimes overnight ones) orchestrated by his father, with the take-off points being in Campbell County. The people and places he encountered then help define his passion about the state now. After teaching 28 years, Steve spends much of his time today writing and reading about the state, and still enjoys doing those one dayers (and sometimes overnighters). “Kentucky by Heart” shares part and parcel of his joy. A little history, much contemporary life, intriguing places, personal experiences, special people, book reviews, quotes, and even a little humor will, hopefully, help readers connect with their own “inner Kentucky.”
His book, Kentucky Marine: Major General Logan Feland and the Making of the Modern USMC (2016; University Press of Kentucky), goes a long way toward putting his inspiring life out where people can see.

Feland’s accomplishments included being decorated with the Distinguished Service Cross for his heroism in the Battle of Belleau Wood in World War I, commanding the hunt for rebel leader Augusto Cesar Sandino during the 1927-29 Nicaraguan revolution, and serving as one of the first instructors in the USMC’s Advanced Base Force—the forerunner of the amphibious assault force mission adopted by the Marines in World War II.

The 367-page softcover book follows the hardcover published in 2014. Bettez also authored Kentucky and the Great War; World War I on the Home Front.

Marshall Myers doesn’t just study and write about Kentucky history, he breathes it. He has edited, authored, and penned hundreds of articles on the subject. And, he has continued his passion after recently retiring from Eastern Kentucky University, where he was coordinator of composition.

His latest book, Only in Old Kentucky: Historic True Tales of Cultural Ingenuity (2014; The History Press), shows in a popularized writing style many of the “hidden” stories behind a sizable selection of narratives from the Commonwealth’s past. Reading them is highly engaging, all sixteen.

One chapter deals with odd names and their origins of small towns in the state, such as Awe, Black Gnat, or Possum Trot. Another sheds light on Rowan County’s days being “at war with itself,” and, in a close look at “The Great Compromiser” Henry Clay, readers find that he embraced the idea of fighting duels—and even took part.

In the “Legend of John Wright,” one hears of a man from Letcher County who some painted as a devil, others as a white knight—and who became part of a traveling circus show. Myers also shares a great piece on Kentucky’s “frontier spas,” where the well-to-do visited to escape medical epidemics and to cool themselves from the heat and seek healing from the soothing spring waters.
History that captures high interest often occurs when good stories are told, and told well. Myers fills the bill with this selection.

Steve Flairty is a teacher, public speaker and an author of six books: a biography of Kentucky Afield host Tim Farmer and five in the Kentucky’s Everyday Heroes series, including a kids’ version. Steve’s “Kentucky’s Everyday Heroes #4,” was released in 2015. Steve is a senior correspondent for Kentucky Monthly, a weekly KyForward and NKyTribune columnist and a member of the Kentucky Humanities Council Speakers Bureau. Contact him at sflairty2001@yahoo.com or visit his Facebook page, “Kentucky in Common: Word Sketches in Tribute.” (Steve’s photo by Connie McDonald)