What Hillary Clinton, in her new book, has to say about rural America and why she lost it so badly

Hillary Clinton did terribly in rural areas in the 2016 general election against Donald Trump, and lost them in the 2008 primaries against Barack Obama. In her new book, What Happened, Clinton promises to offer an unflinching account of what went wrong in her last campaign. Part of that was a disconnect with rural America. Does she acknowledge the role it played in her loss? 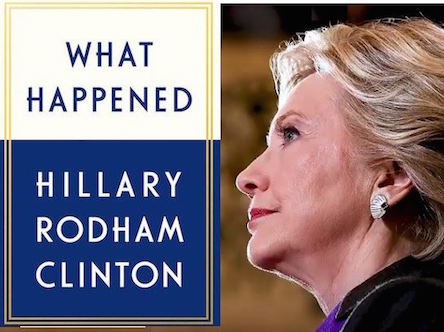 The answer is: sort of. Clinton writes that she has spent a great deal of time since the election thinking about why she failed to connect with “working-class whites,” meaning those without college degrees, which can be a rough analogue for rural residents. Some commentators, she says, talk as though it was because of her weaknesses and Donald Trump’s populist appeal, pointing out all the rural voters who switched from Obama to Trump as evidence. But she believes the problem is older than that, and notes that Democrats have steadily lost ground in rural areas since 2000. Part of that, she acknowledges in a different section of the book, is because socially conservative voters are dismayed at the changing culture of America. Research bears that out.

While rural areas are increasingly Republican strongholds, Clinton may be too quick to gloss over her personal lack of appeal in rural areas. After all, she lost rural areas by 2.1 million votes to Obama in 2008. Rural votes for Trump may have also stemmed from her lack of personal appeal than general anti-Democrat sentiment.

So why does she think she lost in rural America? “The most prominent explanation, though an insufficient one on its own, is the so-called war on coal,” she writes. “Democrats’ long-standing support for environmental regulations that protect clean air and water and seek to limit carbon emissions has been an easy scapegoat for the misfortunes of the coal industry and the communities that have depended on it.” The Obama administration, she says, did not do enough to combat the zero-sum narrative of environment vs. coal jobs.

And too, she acknowledges the disastrous fall-out from her notorious gaffe about putting coal miners out of work. In the tradition of memoirs, she’s anxious to set the record straight about that, insisting that context was essential to understanding the meaning of her remark. “Stripped of their context, my words sounded heartless,” she writes. In context, that sentence is part of a larger point about how she wanted to make sure that coal miners who had lost their jobs to the increasing popularity of natural gas and renewable energy were not forgotten.

Overall, Clinton comes off as very knowledgeable about rural policy, but also still very angry about the results of an election she felt she deserved to win.