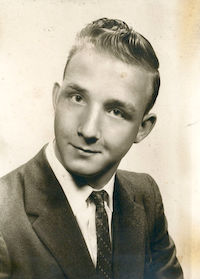 Homer was born May 18, 1942 in Merrimac, WV, raised in Louisa, KY where he graduated from Louisa High School in 1961; then transplanted to Ohio to gain employment at Owens Illinois/Tecneglas for 38 years.

He was preceded in death by his parents Clarence and Sarah Lee Jackson, brother Millard Jackson, and niece Crystal Jackson.

Funeral services will be held on Saturday Sept. 16, 2017 at 2:00 pm at the Wilson Funeral Home with Rev. Bobby Workman officiating. Burial will follow in the Jackson Cemetery Louisa, KY.

Friends may visit the family on Saturday from noon until time of service at the Wilson Funeral Home 1270 Highway 2565 Louisa, KY.