LOUISA, KY. — After news came this week concerning a $38.6 million drop in assessment values of minerals in Lawrence County, County Judge/Executive John Osborne said he has not had time to look over the situation. 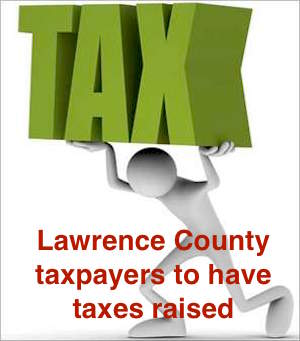 But with a fiscal court meeting coming next week (Sept. 18) where tax rates are expected to be set, there is little more time to think about it.

Ky. law allows a maximum of 4% increase each year if the taxing districts feel a need for it.

School Supt. Dr. Rob Fletcher said yesterday that the BOE, by far the largest of county taxing districts, will also set tax rates at their regular September meeting next Monday. Fletcher said he is aware of the assessment situation and will bring the matter before the board at the meeting.

“Board members will make a decision on Monday concerning taxes. I do inform Board members of the decrease in property assessments prior to the Board meeting so they can have time to weigh the situation prior to voting,” Lawrence Supt. Dr. Rob Fletcher said Tuesday. “We do not have a tax hearing planned for a 4% increase, but a decision will be made on Monday. Board members are very sensitive to the economy of our county.”

Fletcher also said that there are several potential cuts on the horizon from the state and federal levels.

“A conference call from Commissioner Pruitt provided a warning for approximately $69.4 million cuts in education state-wide, but it is not supposed to impact SEEK funding,” Fletcher said. “Other potential cuts in Title I, Title II, along with the potential for CERS (Classified Employee Retirement system) combining with TRS (Teacher Retirement System) will have a tremendously negative impact on our budget.”

“This does not even start to address the issue of retirement/pension and how to recruit people into the profession without a good retirement system.”

Fletcher said the impending cuts and raise in taxes have not been officially made yet.

“A lot of things are up in the air, but the Commissioner say that SEEK is not a planned cut. Flex funds, currently, seem to be the focus. (PD, ESS, textbooks, etc.) But that information could change,” Fletcher said.

FALLSBURG AND BLAINE DO BATTLE ON THE HARDWOOD, DRAGONS WIN FIRST MEETING