JUDGE WILHOIT HAS NOT SIGNED DISMISSAL REQUEST FROM THREE DEFENDANTS 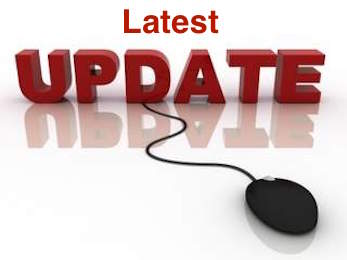 A proposed order was presented to U.S. District Judge Henry Wilhoit this morning that would dismiss the charges against three of the defendants in the Billy Collins, Jr. unlawful death lawsuit against local law enforcement officials.

Lawrence Co. Sheriff Garrett Roberts, and deputies Mack Wilhite and Mason Keefer through their attorneys have asked that their part in the case be dismissed but Judge Wilhoit has not signed the order according to U.S. District clerk Janet Soloman.

Lazer editor Mark Grayson posted Wednesday that a settlement had been reached which was not accurate although it was listed and signed by federal magistrate Edward Adkins earlier this week.

“What you have is a request that the judge sign this “partial dismissal” of three of the defendants,” Soloman said. “But it is like it doesn’t exist at this point — until Judge Wilhoit signs it,” she said. She also said there is no way to know when or if Wilhoit will sign it.

Soloman said the proposed dismissal does not include other defendants in the case including, Louisa police officers Stephen Wilburn and Jordan Miller and Chief Greg Fugitt, the city of Louisa and the Louisa Police dept.

Louisa city attorney Eldred “Bud” Adams correctly said that no settlement was reached In the Collins case during yesterday’s conference call. “All I can say for the City is that the matter was not settled,” Adams told The Lazer.

A pre-trial conference in the case is set for Sept. 18 in U.S. District Court in Ashland.

ASHLAND, KY. — Louisa city attorney Eldred “Bud” Adams said this morning that no settlement was reached In the Collins case during yesterday’s conference call. “All I can say for the City is that the matter was not settled,” Adams told The Lazer.

But records in the U.S. District court said this morning that a Partial settlement was indeed reached. Here’s what was reported this morning by the court:

This matter came before the Court with the parties present and/or represented by counsel on Tuesday, September 12, 2017. As a result of the conference a partial settlement of the matter was reached between the Plaintiff, and the Defendants, Garrett Roberts, Officer Keefer, and
Officer Wilhite. The remaining claims were not resolved by agreement and remain pending. Signed September 13, 2017.

No details of the partial settlement were reported. Janet Soloman, a spokesperson in the U.S. District Court in Ashland said there is no more information available.

The other parties in the lawsuit now have until Sept. 18, the date set for pre-trial hearing, to come to an agreement. They could come up with a settlement during the trial phase, also.