Sheriff Rick Thompson announced the arrest of three suspects yesterday by the US Marshals CUFFED Task Force. Sheriff Thompson says that the arrest of of Fort Gay stemmed after an investigation by the Wayne County Sheriff’s Department Drug Enforcement Unit.

This isn’t Robertson’s first encounter with the WCSD DEU as he was arrested and convicted in 2014 on 2 counts of Delivery of a Controlled Substance. 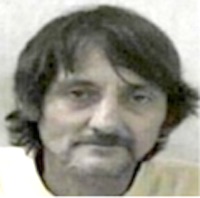 The US Marshals CUFFED Task Force says that Robertson attempted to flee and threw 5 grams of Black Heroin from the vehicle. He was quickly blocked by another unit and the Heroin was recovered. He was arrested and charged with Intent to Deliver (Black Tar Heroin), Fleeing, Obstructing and Failure to obtain a WV Operators License. Robertson was taken to the WRJ and booked. He awaits arraignment.

In a separate incident, Daniel Adkins and William “Brad” Ingram were also arrested in the Westmoreland area of Wayne County. Adkins of Lavalette is charged with Delivery of a Controlled Substance (Heroin) and Conspiracy. Ingram is charged with aiding and abetting, Delivery of a Controlled Substance and Conspiracy. DEU Deputies says that Ingram was the driver for Adkins and assisted in the delivery. Both were taken to WRJ to await arraignment.

Sheriff Thompson says that “He appreciates the hard work of the Wayne County Sheriff’s Department Drug Enforcement Unit and the US Marshals CUFFED Task Force Unit in the apprehension of these suspects.”