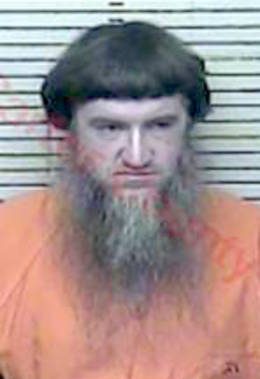 On June 17, 2017 an investigation began into the sexual assault of a female juvenile. A report was received alleging Levi Hershberger had been engaging in illegal sexual activity with a juvenile over an extended period of time. During the course of the investigation evidence was obtained confirming Mr. Hershberger had engaged in sexual intercourse and sodomy with the juvenile beginning when she was under twelve years of age.

(Any other specific details of the investigation are not available for release.)

The investigation was presented to the Carter County Grand Jury and arrest indictments for Levi Hershberger were issued.

On September 6, 2017 Levi Hershberger, age 39, of Olive Hill, KY was arrested, lodged in the Carter County Detention Center and charged with the following:

Incest Victim Under 12 Years of Age or Serious Physical Injury

The investigation is ongoing by Det. Daniel Cook.

Ashland, Ky. (September 7, 2017) – The Kentucky State Police at Ashland will be conducting safety checkpoints at various times and approved locations throughout the Post 14 District, which encompasses Boyd, Greenup, Carter and Lawrence counties.

These safety checkpoints are held in an effort to reduce alcohol and drug related crashes, ensure compliance with operator’s license laws, and vehicle equipment safety and registration laws.

If you have any questions, please do not hesitate to contact me.