WHY AMERICANS GET THE DAY OFF WORK ON LABOR DAY

The History Of How Labor Day Began

The nation will be observing Labor Day on Monday, which allows millions of Americans to enjoy the last waning days of summer with the added benefit of having the day off of work.

But how did this early September holiday get its start? 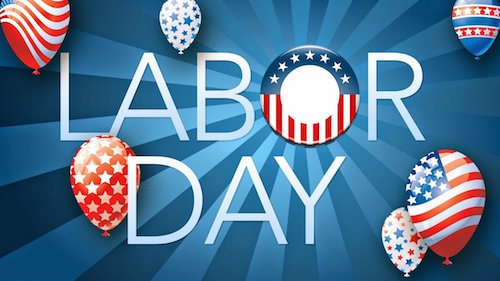 Though President Grover Cleveland declared Labor Day a national holiday in 1894, the occasion was first observed on Sept. 5, 1882, in New York City, when a parade was organized by the city’s Central Labor Union (CLU)—a secretive labor union founded in 1869 by a group of Philadelphia tailors.

Historians still debate over whom specifically to credit with the original idea of a holiday dedicated to the workingman. Some say that Labor Day was the brainchild of Peter J. McGuire, co-founder of the American Federation of Labor. Others argue that Matthew Maguire, the CLU’s secretary, was the holiday’s mastermind but that he does not receive proper credit because he upset the mainstream labor movement by running for vice president on the National Socialist Labor Party ticket in 1896.

According to Ted Watt’s The First Labor Day Parade, the September date for the first Labor Day Parade was chosen because it coincided with a Knights of Labor conference in New York, thus guaranteeing a sizable turnout for the festivities. However, the event was not a particularly festive occasion. It more so resembled a protest than a parade, with CLU members being required to march in support of the eight-hour workday.

The CLU held the event again the following year in 1883 on the same date. However, in 1884 the organization mandated that Labor Day take place annually on the first Monday in September. In 1887, Oregon became the first state to make Labor Day an official holiday, with Colorado, Massachusetts, New Jersey, and New York quickly following suit.

In 1894, after President Grover Cleveland ordered the brutal suppression of the nationwide Pullman Railroad Strike that resulted in the death of 30 people and countless more injuries, he realized he had to do something in order to regain favor and support among trade unions—which viewed him with contempt—if he were to be successful is winning next year’s reelection. As such, President Cleveland followed the lead of several states and made the first Monday in September a federal holiday in honor of the working man.

However, President Cleveland’s political maneuver did not achieve its desired effect, as he lost the Democratic Party’s 1896 presidential nomination to William Jennings Bryan.

Now that you know why we take day off in celebration of the working America, go enjoy the last few days of summer, the last chance to wear white pants, and countless sales and specials. And have a happy and safe Labor Day!