The scavenger hunt was used to cover the first four chapters students have studied bridging the old world and the new world. 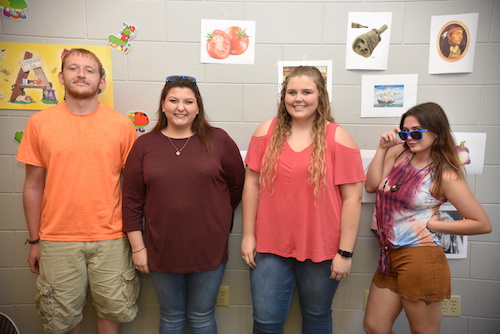 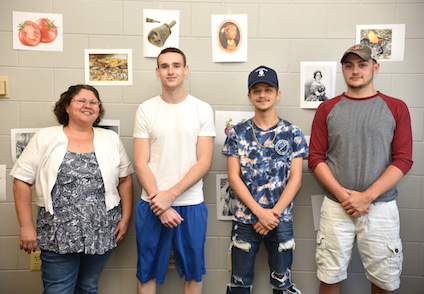 “We want to prepare our students for success and part of being successful is being able to work in a team and also to problem solve as a team.” Said Myra Elliott Interim Chief Academic Officer.

The concept of the three continents in the Old World are Asia, Africa, and Europe and it goes back to classical antiquity. Their boundaries as defined by Ptolemy and other geographers of antiquity were drawn along the Nile and Don rivers. The New World is one of the names used for the majority of Earth’s Western Hemisphere, specifically the Americas (including nearby islands such as those of the Caribbean and Bermuda).

Student were divided into teams and the two team winners were The Nomads which included team members Harrison Baldridge, Sydney Coleman, Kayla Epling and Alyssa Morgan. The second team was The Dream Squad with members Gena Justice, Jerry St. Clair, Lucas Belcher and Derek May.

Students will finalize their projects with a paper due to Professor Fields at the end of September.

Big Sandy Community and Technical College is currently enrolling for the upcoming 12 week and Bi – Term classes. For more information please contact (606) 886-3863 or visit us at any campus location or online at bigsandy.kctcs.edu.