Aided by a visionary graduate who retired from a successful career in research and development with Procter and Gamble, an effort is underway at Eastern Kentucky University to provide “Photons for the Future.”

By literally “plugging into” a drive to install solar panels at EKU’s new Science Building and elsewhere around campus, alumni and friends can help the University on its path to energy savings and, eventually, carbon neutrality. 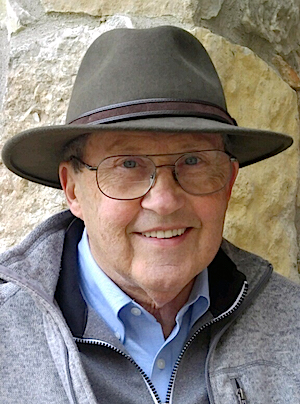 Dr. Gary Booth, class of 1962, a former vice president of research at P & G, recently contributed $25,000 as a lead gift to fund the purchase and installation of the first 25 solar panels of a 100-plus solar array at the Science Building. He immediately followed the initial gift with a $5,000 donation toward funding the first group of Photon Fellows, recipients of the Photons for the Future Scholarship, with the intent that future funding for the scholarship come from the savings realized by the solar array and gifts from alumni and others.

“My passions are science and math education, which is important both for individuals and the economic development of the region, and scholarships, which enable students of limited means to go to college,” Booth explained. “I also think it is important that EKU, as a university, stay in the forefront of developing technology.”

The EKU College of Science and the Department of Chemistry partnered with the Center for Economic Development, Entrepreneurship and Technology (CEDET), the EKU Office of Sustainability and Facilities Services and Capital Planning, as well as Wilderness Trace Solar in Danville – a solar panel provider in the University’s service region – to make Booth’s vision a reality.

“The solar panels put together all of these objectives,” Booth, of Cincinnati, Ohio, said. “From a university standpoint, it is important to be a leader in technology for non-polluting energy generation. The panels will enable student projects, which will lead to a deep understanding of the strengths and limitations of this new technology.”

Booth, who worked in research and development for P & G for 31 years, was instrumental in the development of many household brands, including Pantene, Bounty, Folgers and Crest. He and his wife, Jane, have supported multiple scholarships for students studying the physical and life sciences at EKU.

The projected output of the 25-panel array is 10,300kWh of electricity per year, roughly the same as an average Kentucky home would use, amounting to approximately $700 in annual savings and an offset of more than 7 metric tons of carbon dioxide from the University’s carbon footprint. (The University announced earlier this year a goal to achieve carbon neutrality by 2036.)

Patrick McKee, sustainability manager at EKU, called the “Photons for the Future” program “a win-win for the environment, the University and its students. It is essential that we continue to move forward with not only energy efficiency projects but carbon-negative initiatives like on-site renewable energy.”

Dr. Judy Jenkins, undergraduate program coordinator in EKU’s Department of Chemistry, said it’s “important that the College of Science is leading the effort.”

“First, as science educators, we continually seek to connect in-class content to real-world applications. These solar panels are an excellent demonstration of ways the fundamental science taught in the College of Science enables useful technology. Second, this array is a way of practicing what we preach. The sun is our most abundant energy resource.

“If we could use all of the energy in sunlight that hits our planet in one hour, we could power the entire planet for a year. Rather than wasting that energy, we’re putting some of it to work in our classrooms and labs. Third, the scholarships enabled by these panels encourage public dissemination of ways in which one can live an environmentally responsible lifestyle.” 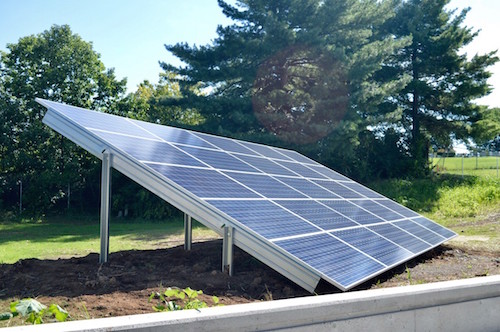 “Scholarships for science students can reduce the monetary pressures,” she said. “We never want finances to keep someone from pursuing a science major.”

The Photon Fellowship competition is open to any currently enrolled EKU student. The recipient will be the student who made the most significant contribution to environmental responsibility and sustainability, broadly defined, in the previous calendar year. Students must submit an application detailing their contributions, along with letters of reference. For more information, visit solar.eku.edu or email solar@eku.edu.

Contributions to the Solar Energy Fund can be made through University Development, CPO 19A, Eastern Kentucky University, 521 Lancaster Ave., Richmond, Ky., 40475, or at this link.

“We want to invite contributions to fund more panels,” Booth said. “It is a way to contribute to EKU’s leadership in alternative energy, and fund additional scholarships. Our intent is to engage alumni who contribute in an ongoing dialogue with professors and students around alternative energy. A compelling aspect of solar panels is that they last for 50 years. A solar panel scholarship is, in effect, an endowed scholarship which will last for many years.”

Jenkins said she lacked the words to thank Booth for his “example in providing the leading gift for this project. We can trumpet the benefits of sustainability broadly and solar specifically day in and day out, but ultimately all of us learn by watching the actions of others. His example shows current students, alumni, faculty, and staff concrete ways that each of us can better steward the Campus Beautiful and beyond.”