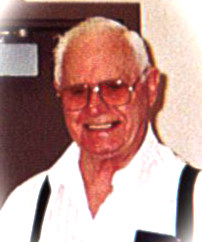 Homer Caudill 85 of Louisa, KY went home to be with the Lord on Sunday afternoon August 20, 2017 following a long illness.

Homer was born Feb. 2, 1932 at Fallsburg, KY the son of the late Chester and Bertha Stewart Caudill. In addition to his parents he is also preceded in death by his wife, Eula Mae Miles Caudill who died in 1984, a daughter Leecia J. Levering, three brothers Herman, Fred, and Paul Caudill, and two sisters Joanne Robertson and Elaine “Boots” Knudson.

Homer was a retired Auto Mechanic and newspaper carrier for the Daily Independent. He was also a member of the Catalpa Free Will Baptist Church.

Funeral services will be held on Wednesday August 23 at 11:00 am at the Catalpa FWB Church with Rev. Mike Cox officiating. Burial will follow in the Caudill Cemetery on Spankem Branch Road Fallsburg, KY.

Friends may visit the family after 7:00 pm on Tuesday August 22, at the Catalpa FWB Church.