Louisa, Ky. —  It was high drama as the Louisa Women’s league wrapped up this past weekend with the league tournament being played as the #3 seeded Blue team went 4-0 to capture the championship winning a nail biter 10-9 over Pink in the title game. All four games Saturday night were three run games or less with two being one run games. 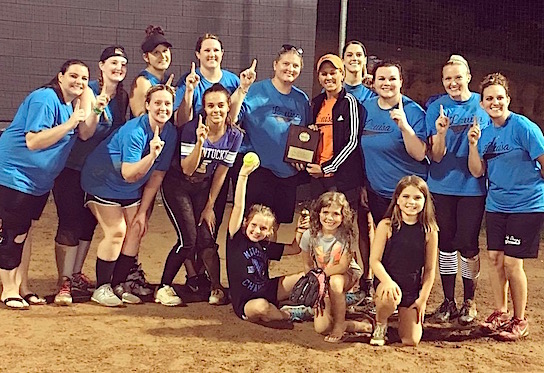 On Friday night in the opening round of the tourney it was #5 seeded Orange upsetting the hottest team in the league the #4 seed Green team.

In the second game it was Blue over Purple setting up the first of two matchups between Blue and #2 seeded Pink with Blue coming out victorious.

With the #1 seeded Yellow team bowing out before the tourney begun ( lack of players ) they tourney was a toss up. In the last game Friday night it was Green over Purple ending the season of the Purple team.

On Saturday night in the first game it was Pink rallying from a 6-1 deficit in the 6th inning and winning 7-6 over Green on a Kari Young walk off two out single.

In the winners bracket championship game it was another close one with Blue beating Orange 15-13 after Orange scored 6 in the last inning to make things interesting. In the third game it was Pink outlasting Orange 10-7 to setup to end their season and set up another matchup with Blue for all of the marbles. 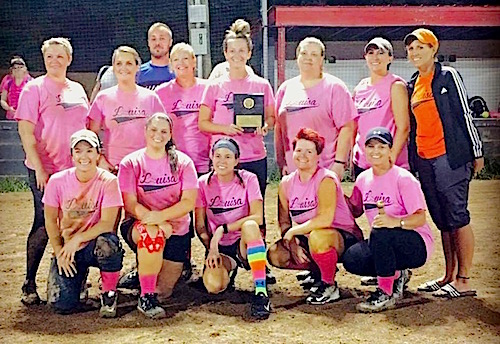 In the title game it was Blue surviving a late rally from the Pink team to win 10-9 in a great game that had all of the fans on the edge of their seats for every pitch. 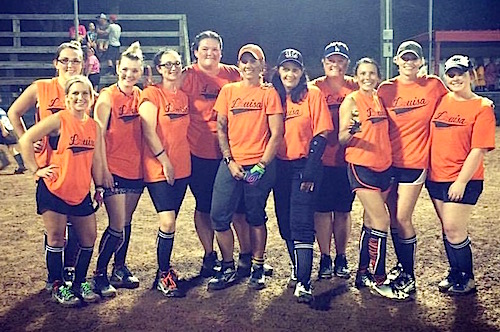 “… The emotions of how much this league truly meant to each player showed over this weekend. Players smile, players cry, players never give up. Under the lights at Stella Moore these women played like it was their last game ever. However, it’s not their last game and could be someones first next season! Excited to see next season begin!”