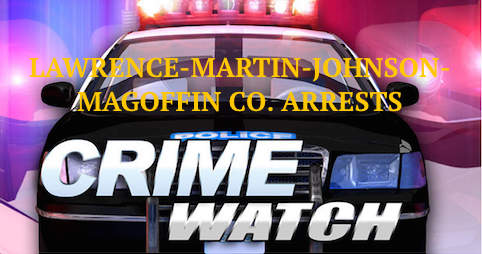 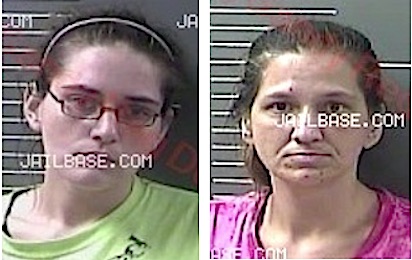 According to a news release from the Martin County Sheriff’s Office, Kassandra Hamilton, 25, and Stephanie A. Hobbs, 44, both from Beauty, Kentucky, are facing charges connected to methamphetamine, including possession of a controlled substance.

Both women were arrested after a traffic stop near a business along state Route 40 in Martin County Tuesday evening. Kassandra Hamilton, who was the driver, is also facing additional charges for operating a motor vehicle under the influence of alcohol and drugs and having an improper registration plate.

Both Kassandra Hamilton and Stephanie A. Hobbs were arrested by Martin County Deputy Aaron Blevins, and were lodged in the Big Sandy Regional Detention Center just after midnight early Wednesday morning.

Hamilton remains jailed in the BSRDC Thursday morning, while Hobbs has since posted bail.

In the second case, a Lawrence County man was also arrested during a traffic stop Tuesday evening in Martin County and faces numerous drug charges.

Martin County deputies say the traffic stop happened near the intersection of state Route 645 and Milo Dip. Arrested was James Walter Harless, 50, of Louisa. Harless is facing multiple possession of a controlled substance charges, including meth and marijuana, as well as carrying a concealed deadly weapon and marijuana trafficking charges.

Both cases are continuing to be investigated by the Martin County Sheriff’s Office.