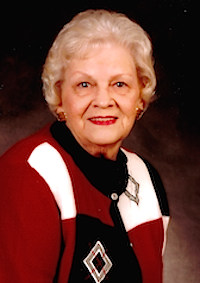 Ruth Young Colvin, 84, of Louisa, KY passed away Tuesday August 8, 2017 at her home surrounded by her family.

Ruth was born Sept. 7, 1932 at Louisa, the daughter of the late Byron and Emily Wallace Young. In addition to her parents she is preceded in death by a daughter Yvonne Trimble, a son David Colvin, a granddaughter Alexandria Trimble, and a brother Jim Young.

Ruth was very active in the community for years serving as Chairman of the Lawrence County Democrat Party; she also served on the Louisa Housing Board, Louisa Area Fire and Rescue Board, and Kentuckians For The Commonwealth. She was a member of the Lawrence County Chapter of the DAR, a Kentucky Colonel, and of the Methodist Faith.

The family will hold a memorial service for Ruth at a later date. In lieu of flowers the family suggests donations be made in memory of Ruth Colvin to Community Hospice at 1480 Carter Ave. Ashland, KY 41101.