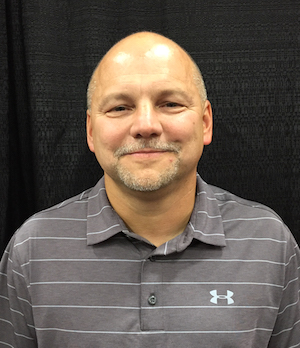 Massie currently is energy production superintendent at Amos, a position he has held since 2011. The three-unit, 2,900 megawatt Amos plant is the largest generating facility on the AEP system. Massie joined AEP at Amos in 1987 as a performance engineer. He then held several positions of increasing responsibility with Amos.

“Paul’s skills and involvement in continuous improvement are a great match for Big Sandy, as operating in the current market continues to be a check and adjust opportunity,” Osborne said. “His commitment to safety and pursuing greatness is a valuable add and we welcome Paul to the Appalachian Power/Kentucky Power Generation management team.”

Big Sandy is a 300 megawatt, natural gas-burning unit. Massie will oversee all aspects of Big Sandy’s generating operations and maintenance, including safety, environmental and financial performance, and continuous improvement efforts. He also will lead the plant’s community involvement.

“I am happy to welcome Paul to eastern Kentucky and Kentucky Power,” said Kentucky Power President Matt Satterwhite. “He is energetic and passionate and a leader who I look forward to working with. He will be an asset to Kentucky Power and our customers.”

A 1987 graduate of West Virginia Institute of Technology, Massie holds a bachelor’s degree in mechanical engineering. He has completed AEP’s Management Development Program through Ohio State University. He also has been heavily involved in continuous improvement activities at the Amos plant and is a certified “R-Factor” leadership development facilitator.

Kentucky Power, with headquarters in Ashland, Ky., provides service to about 168,000 customers in all or part of 20 eastern Kentucky counties. It is an operating company in the AEP system, one of the largest electric utilities in the United States, delivering electricity and custom energy solutions to nearly 5.4 million customers in 11 states. AEP also owns the nation’s largest electricity transmission system. AEP’s headquarters are in Columbus, Ohio.