The Fort Gay, WV. — High School Alumni Association has selected Wilts Salmons as recipient of its 2017 Distinguished Alumni Award. Salmons is being honored for his commitment to community service and career achievement. The award will be presented to him on September 1, 2017, at the annual alumni banquet in Louisa, KY. 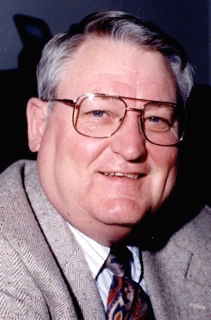 Salmons graduated from Fort Gay HS in 1961. That same year, he taught as a substitute at a one-room school house in Glen Hayes, WV. A special program to address a teachers shortage enabled him to continue teaching in other Wayne County schools while he attended college. Salmons ultimately received his B.A. from Marshall University and Masters in Education from Central Michigan University.

He would remain an educator in Wayne County for 41 years, successfully advancing through progressively responsible positions that culminated in his becoming Superintendent of Schools in 1997 where he remained until he retired in 2002. In this capacity, he was responsible for 21 public schools and headed an organization that generated $41 million in revenues and employed nearly a thousand employees. During his tenure, a number of county schools were recognized by the state as Schools of Excellence. He also established computer labs in every school and obtained funding for a new elementary school in Wayne, WV. In 2000, all 21 schools met the accreditation standards for full state certification for the first time in the county’s history. A special grant secured during his tenure also allowed him to establish a special classroom that was the precursor to the county’s operation of the state’s first 21st Century Model School in collaboration with the WV Department of Education and Marshall University.

Salmons coached at Fort Gay HS for 10 years and was the winningest football coach in the school’s history. His 1971 team achieved the school’s highest football ranking and best single-season record. He also founded the Fort Gay Youth Football program and local athletic boosters’ club. After his retirement, Tolsia HS named its football field Wilts Salmons Field in his honor. In 2015, Salmons was elected to the FGHSAA Sports Hall of Fame.

He was also Principal of Fort Gay HS for five years. In 1985, he left that post to become Director of Transportation for Wayne County schools. Over the next 12 years he directed improvements in the bus fleet that culminated in the county achieving the best fleet inspection report in the state in 1997.

Salmons previously served on the Fort Gay town council and he is a co-founder of an organization that is developing a Veterans Park in Fort Gay.

“Wilts is one of many graduates of Fort Gay High School who have distinguished themselves in the workplace as well as at home and in the community. A loving husband, father, and grandfather, he and his wife, Linda, are deeply rooted to Fort Gay. “He is deserving of this recognition,” said Gary Huff, President of the Fort Gay alumni group.

The 2017 alumni banquet will be held at the First Baptist Church, 301 W. Pike St., Louisa, KY. There will be a reception at 5:00 pm followed by dinner at 6 pm.It is open to all past graduates of Fort Gay HS and their guests. The banquet will also honor new inductees to the FGHS Sports Hall of Fame, as well as the graduating class of 1967. Tickets can be purchased in advance by contacting Mrs. Rita Pelfrey, Banquet Chairwoman, at r.pelfrey@yahoo.com or by dialing, 304 525-5563.