Truck hauling $2 million dollars of meth pulled over in Crestwood 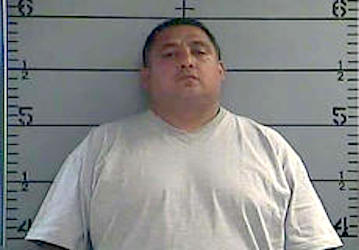 Kentucky State Police found $2 million dollars worth of methamphetamine inside a truck driven by a man from Los Angeles, Calif. during a traffic stop in Crestwood on Monday.

Alberto Madrigal, 41, was pulled over by Kentucky State Police Drug Enforcement and Special Investigations (KSP DESI) for a traffic violation on July 31 at approximately 11 a.m.

“During the stop, verbal consent was given to search the contents of the load,” the citation states.

Approximately 60 to 70 pounds of meth were found inside the truck. Madrigal was arrested and charged with trafficking in a controlled substance, two grams or more of methamphetamine.

He was traveling to Forest Park, Ohio, according to the citation.

Madrigal is lodged at the Oldham County Detention Center. His bond is set at $25,000 full cash.

Madrigal is scheduled to appear in Oldham County District Court on Aug. 9 at 1 p.m. for a preliminary hearing.

By Amanda Manning
The Oldham Era