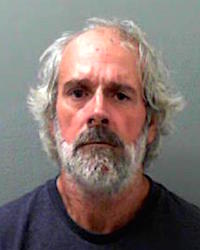 The arrests came after a search warrant was issued for a residence on Wolf Creek Road in Wayne County.  Sheriff Thompson says the US Marshals Cuffed Task Force went to the residence to arrest a suspect on an unrelated warrant.  When they arrived on scene, they found the suspect in a building on the property in the process of manufacturing Methamphetamine.  During the same time, a traffic stop was conducted finding additional supplies needed to manufacture additional product.

Arrested were Jeffrey Clark, who was out on bond for pending drug related charges, and Donald Herald II.  Both men were charged with Operating or Attempting to Operate a Clandestine Drug Laboratory, Conspiracy, and Pseudoephedrine in an Altered State.  Additional arrests are pending in this case.  The two men were taken to the WRJ to await arraignment.

Sheriff Thompson expressed his appreciation for the continued work and dedication of all involved in the investigation as well as the arrests.  He compliments the community for their diligence and information they have offered his department to assist in arrests such as this.