SHEPHERD PITCHING WELL WITH TRIP CLOSE TO HOME COMING UP

Pawtucket, RI — Louisa native and former Lawrence Co. Baseball star and current Pawtucket Red Sox reliever Chandler Shepherd made a spot start on the mound Tuesday night vs the Toledo Mud Hens and did a great job even though he didn’t find out he was starting until 3:00 that afternoon. 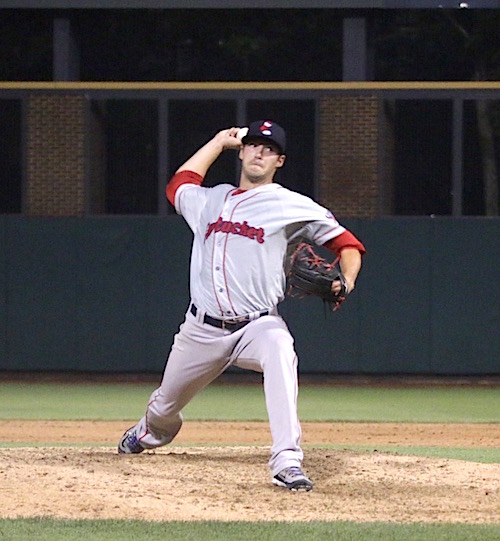 It was Shepherd’s first start of the season and he pitched well throwing two innings of scoreless baseball giving up one hit, walking one and striking out one before turning it over to the bullpen as the Paw Sox ( 50-44 ) won for the eighth straight time 6-0 over Toledo at McCoy Stadium.

Shepherd is 0-2 on the year with a 4.25 ERA and has made 20 appearances on the mound. He hasn’t allowed a run in his last four outings and seven of his last eight outings. ( 11.2 innings and 15 K’s ) All after a brief stint on the disabled list with arm tightness.

Pawtucket will be as close to Louisa as they get all year on August 15-17 in Louisville with a series against the Bats, and August 18-20 in Columbus vs the Clippers.