Victim had one fight on his record, which he won by knockout in 2015

An amateur mixed martial arts fighter died late Saturday evening after competing in a fight at the Expo Five Event Center in Louisville. 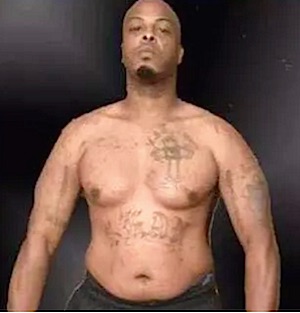 Donshay White, 37, of Radcliff, Kentucky, was competing in a heavy weight match against challenger Ricky Muse in an event put on by Hardrock MMA promotions, media director Gary Thomas said.

After a series of punches from Muse, officials called the fight just two minutes into the second round. Shortly after in the locker room, White collapsed from what Thomas said is believed to be a “cardiac event.” The official cause of death has not been released.

White was taken to KentuckyOne Health Sts. Mary & Elizabeth Hospital and the Hardrock MMA event was canceled for the evening.

“Mr. White was attended to by a licensed ringside physician and first responders immediately following his bout, and he received on-site medical attention before being transported via ambulance to the hospital,” a statement from the Kentucky Boxing and Wrestling Commission said. “Our thoughts are with the family and friends of Donshay White following his passing on Saturday.”

The Kentucky Boxing and Wrestling Commission is reviewing all of the details surrounding the event, according to the statement.

White was a relatively new fighter in the mixed martial arts community, Thomas said. He had one fight on his record, which he won by knockout in 2015.

“Hardrock MMA joins the entire MMA community in mourning Donshay White,” a statement posted to Facebook said. “As a promotion who has put together 89 events over the last eight years without incident, we always have and we will continue to put our fighters safety above all else. Our thoughts and prayers go out to his family and loved ones.”

By Thomas Novelly
The Courier-Journal