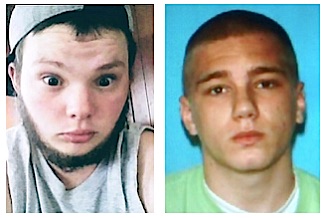 Justice is charged with Possession with Intent to Deliver, Pseudoephedrine Altered, and Conspiracy. Sheriff Thompson and the WCSD Drug Enforcement Unit say that multiple tips were received regarding Staley.

Sheriff Thompson recognizes the assistance of the citizens in his quest to remove these people from our communities.

Also arrested by The US Marshal’s CUFFED Task force was Marissa Boyle from the Westmoreland area. She was charged with Delivery of a Controlled Substance (heroin) and conspiracy. Constance McCoy was arrested in connection to the arrests made earlier of the two men from Pontiac, Michigan. She was charged with Possession with intent to deliver Crack Cocaine, Possess with Intent to Deliver Marijuana, and Conspiracy.

The last arrest was that of Zachary Wells also of Prichard, W.VA.. Wells turned himself in to WCSD authorities. He is charged with Aiding and Abetting (Delivery of a controlled substance).