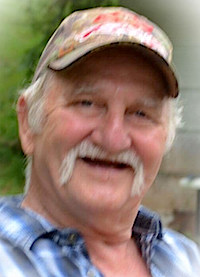 Herman was born April 2, 1945 in Knott County, KY the son of the late Floyd and Vina Johnson Fouts. In addition to his parents Herman was preceded in death by two sisters and two brothers. He was a retired coal miner.

Funeral services will be held on Saturday July 15 at 1:00 pm at the Rebecca Old Regular Baptist Church Kite, KY.

Friends may visit the family any time after 6:00 pm on Thursday July 13 until time of services on Saturday at the Rebecca Old Regular Baptist Church Kite, KY. Burial will follow in the Jonah Hall Cemetery at Kite, KY.

Care has been entrusted to Wilson Funeral Home Louisa, KY.