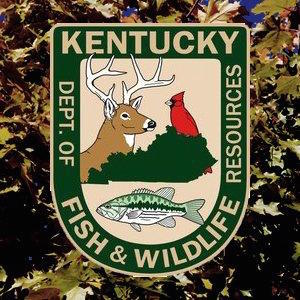 The commission recommends all hunting, fishing and boating regulations for approval by the General Assembly and approves all expenditures by the Kentucky Department of Fish and Wildlife Resources. All recommendations must be approved by legislators before they become law.

If approved by legislators, fisheries regulations proposed at the meeting would take effect March 1, 2018.

In fisheries-related business, commissioners recommended reducing the statewide daily creel limit on crappie to 20 fish per angler per day.

They also proposed modifying the statewide daily creel limit on brown trout to one fish per day with a 16-inch minimum size limit.

Rainbow trout will be under an 8-fish daily creel limit. Anglers will be able to use dip nets to collect baitfish statewide.

In addition, the commission recommended increasing the crappie minimum size limit to 10 inches on Taylorsville Lake.

They also proposed placing blue catfish in Barren River Lake under a 15-fish daily creel limit; only one fish may be longer than 15 inches.

Recommendations also included restricting the use of live shad for bait on all Fishing in Neighborhoods lakes.

All restrictions on using shad for bait refer to live shad, not dead or packaged shad, used for bait.

In wildlife-related business, the commission recommended the implementation of a three-tiered classification system for wildlife management areas.

The system would allow the public to better understand whether an area is actively or passively managed, and the staffing levels for each area.

The next Kentucky Fish and Wildlife Commission meeting is currently scheduled for 8:30 a.m. Friday, Sept. 8.

Meetings are at Kentucky Fish and Wildlife headquarters, 1 Sportsman’s Lane off U.S. 60 in Frankfort.