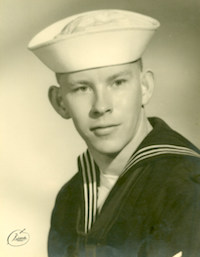 Truman Dalton, 73, from Louisa, KY went to be with the Lord Sunday morning July 9, 2017. Mr. Dalton was born and raised in Martin County KY. He is survived by his wife Anna (Pack) Dalton currently residing at Mountain Manor of Paintsville, KY.

Truman is preceded in death by his parents Auxier and Rosie (Hammonds) Dalton, his three brothers Floyd, Alvin, and Boyd Dalton.

Truman graduated from Warfield High School. He served in the United States Navy for ten years. He also retired from the coal mines.

Funeral services for Truman will be conducted at Wilson Funeral Home in Louisa, KY on Wednesday July 12 at 1:00 pm. Final resting place will be at Riverview Memorial Gardens on US 23 in Louisa, KY.

Friends may visit the family on Tuesday from 6:00 pm to 9:00 pm at the Wilson Funeral Home.