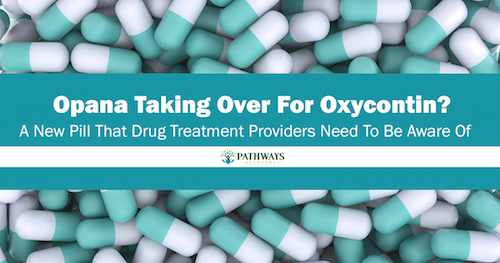 Now that the makers of the opioid painkiller announced July 6 that it will no longer sell the drug, Attorney General Andy Beshear is calling the move a “first step” in fighting against what he believes is the single greatest threat to Kentucky – the state’s drug epidemic.

Beshear sent his concerns on the potential for abuse by Kentuckians on a reformulation of the drug, Opana ER (extended release), to the U.S. Food and Drug Administration (FDA) in February during an open comment period on the drug.

“The FDA previously determined the reformulated Opana ER can still be readily prepared for injection and can be crushed with common items for snorting,” Beshear said in his comments to the agency. “‘Snortable’ or injectable drugs have crippled Kentucky, ranging from the widespread abuse of Oxycontin to the return of heroin. Where the reformulation has merely been found to impede one of many means of abuse, approving labeling Opana ER as ‘abuse deterrent’ may mislead patients and providers.”

In his comments, Beshear said he was “encouraged that the agency is taking a hard look at the safety of this powerful drug.”

The FDA requested on June 8 that Endo Pharmaceuticals remove Opana ER from the market.

Beshear’s comments to the FDA on Opana ER is part of his ongoing efforts to address the opioid crisis in Kentucky.

“Opana ER has already taken the lives of Kentuckians,” Beshear said. “Louisvillian Emily Walden, whose son, T.J., died of an Opana ER overdose in 2012, has led the charge to have the reformulated drug removed from the market. By working hand-in-hand with dedicated Kentuckians like Emily, we can and will end our opioid epidemic.”

On June 28, Beshear announced that his office intends to file multiple lawsuits against drug manufacturers, distributors and retailers where there is evidence that they contributed to the opioid epidemic by illegally marketing and selling opioids to Kentuckians.

To support this litigation, Beshear issued a request for proposal (RFP) for legal services to assist the Commonwealth in multiple lawsuits and to ensure that Kentucky tax dollars are not used for the costs of the litigations.

Beshear is co-chair on the National Association of Attorneys General Substance Abuse Committee.

The AG’s office previously settled a $24 million lawsuit with Purdue Pharma regarding OxyContin. Beshear’s office has provided $8 million from that settlement directly to 15 substance treatment centers across Kentucky.

Recently, Beshear joined a multistate lawsuit alleging the drugmaker of Suboxone, a drug used for treating opioid addiction, tried to monopolize the market.

Beshear is currently working with local law enforcement and community leaders to host substance abuse awareness forums across the state. The office has also been instrumental in numerous drug related arrests, including working with federal authorities on arresting a fentanyl dealer whose drugs had killed several Kentuckians.

“The abuse and diversion of Opana and other strong opioids is devastating the health of many of our Commonwealth’s citizens, and they, as well as our Medicaid and corrections departments, pay an enormous financial price in the attempt to treat this epidemic,” Beshear told the FDA. “It would benefit public health for the FDA to create and implement deadlines for the pharmaceutical industry to develop more robust abuse deterrent formulations for these high-dose opioids and to require that development before granting abuse deterrent labeling.”