(PIKEVILLE, KENTUCKY – July 7, 2017) Book Notes, a family-owned store at Town and Country Shopping Center in Pikeville, will host a book-signing by 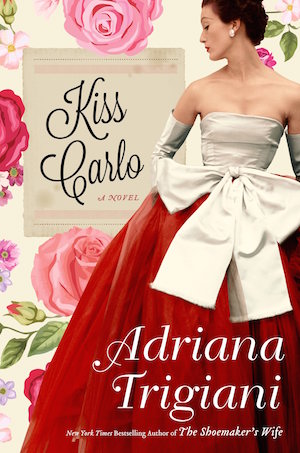 Adriana Trigiani on Sunday, July 30, from 3-6 p.m. Her most recent novel, Kiss Carlo, is her seventeenth. She is most well-known in this region for the movie Big Stone Gap, based on the first novel in a four-book series about life in the Virginia coal-mining town where Trigiani grew up, just 62 miles from Pikeville.

Inspired by her grandmother’s scrapbook, Kiss Carlo is a post-war family drama “as buoyant and full of life as the time during which it takes place,” according to Harper Books publicist Kate D’Esmond.

It is 1949 and South Philadelphia bursts with opportunity and change. Television has made its debut and manufacturing thrives as clothing factories spring up like weeds in the northeast. There are societal change, too: women who worked during the war are now politely expected to go back into the kitchen, have the babies, and become homemakers once more. This is the backdrop against which we meet the Palazzini family whose Palazzini Cab Company & Western Union Telegraph Office, owned and operated by Dominic Palazzini and his three sons – all decorated war veterans – is flourishing. Beneath the surface, though, simmers a decades-long feud that split Dominic and his brother Mike and their once close families.

The arrival of an urgent telegram from Italy upends the life of Nicky Castone, an orphan who lives and works with his Uncle Dominic and his family. Nicky decides, at 30, that he wants more than just a job driving Car #4 and more than his longtime fiancée Peachy DelPino can offer. He finds himself drawn to the local Shakespeare theatre company, its colorful players, and to the determined Calla Borelli, who inherited the enterprise from her father. Now Nicky must choose the conventional life his family expects of him or chart a new course and risk losing everything he cherishes. 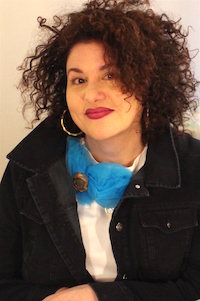 Trigiani says that the time spent writing Kiss Carlo was the most intense year of her creative life. The result is a novel vast in size and scope, as big as the time it depicts, as full of possibility, as rich and as joyous. It is a novel about the power of family secrets, the triumph of true love over grief, and the guts I takes to leave one life and take a risk to start over for a piece of the American dream.

Book Notes mother-son owners Glenda and Toby Hall said that copies of the book will be available at the event “as long as they last.” To reserve a copy, contact the store at 606-437-1030 before July 24. You may bring copies of other Trigiani books to be signed, and copies of others will also be available at the store. Everyone who buys Kiss Carlo at Book Notes will be eligible for door prizes which will be given away at the close of the event. You do not have to be present to win.

NOTE: I put together this news release as a favor for my friends Glenda and Toby Hall, owners of Book Notes. Adriana Trigiani is one of my favorite authors. I met her and her mother, Ida, when she came to Book Notes a few years ago. She is a warm, funny, engaging person. She grew up in Big Stone Gap and it doesn’t take long for her to make you feel as though you’ve known her forever. Her mother still lives in Big Stone Gap, a retired librarian who invited me to visit her, and I believe she was sincere. These people are authentic, the real deal!

It is truly an honor for Book Notes to be the ONLY bookstore in Kentucky selected for Adriana’s tour for Kiss Carlo, and I urge you to do all you can to help Toby and Glenda Hall show her our Pike County hospitality with a big crowd. We are going to have fun – and we want you to join us!     – Sara George