Twenty-four runners came out in the drizzle and rain to help support the Lawrence County High School Lady Dawg Soccer team at their 3rd annual Dawg Dash for Camp Cash 5K on the 4th of July. All twenty-four runners finished the route in less than an hour. 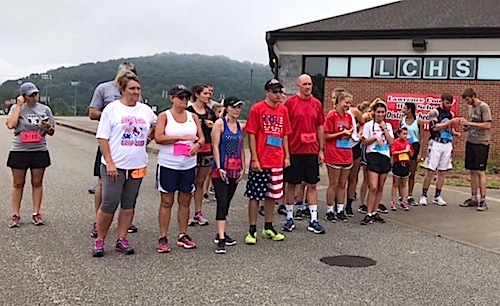 Each year the LC Soccer Club hosts this 5K to help raise money to send players to summer team soccer camp. Attending team soccer camp helps jump start training for the upcoming season while allowing the incoming freshmen the opportunity to get to know the team better on and off the field.

Sixteen team members will leave for Morehead State University (MSU) on Monday, July 10th and return home on Thursday, July 13th. They will be attending the team soccer camp hosted by Head Coach Warren Lipka and the MSU Women’s Soccer team there. During camp players have conditioning/training sessions and engage in small-sided as well as full field games daily. All proceeds from the annual Dawg Dash 5K are used to send any interested players to camp. 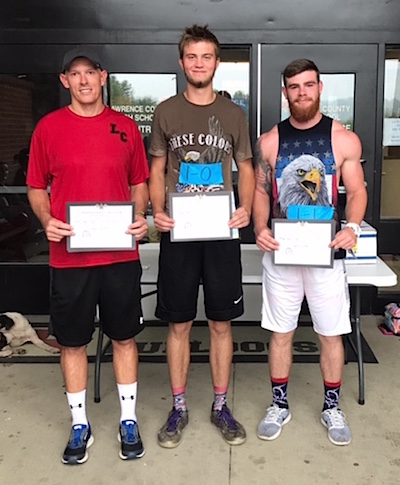 On behalf of the LC Soccer Club, special thanks to all the runners and volunteers that helped make the 5K a success. Mark your calendars for next year so you don’t miss the chance to start your 4th of July running while helping this worthy cause.