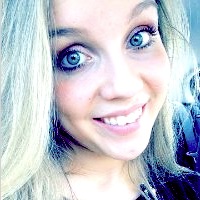 The area resident was among 282 students who received undergraduate or graduate degrees at the college’s 135th commencement ceremony, held May 13 in Biggers Sports Center.

The area resident who received a degree from Lindsey Wilson was Allyson Wheeler of Louisa, who earned a bachelor of science degree in nursing.

At Saturday morning’s ceremony — the 105th commencement in the college’s history — Kentucky Lieutenant Governor Jenean Hampton told the graduates to “pray for guidance” in their careers.

“My life is a life unplanned,” said Hampton. “If your life doesn’t go as you planned it’s truly okay. However, take the time to see the opportunity. It may not look like you thought it would look, but it’s there. Find the blessings and pray for guidance. Don’t wait decades before you start praying for guidance, because once I started doing that, that’s how I was lead to become Lt. Governor. And find something to be thankful for every day.”