RICE AND BOWEN SHINE IN 15TH REGION ALL STAR VICTORIES 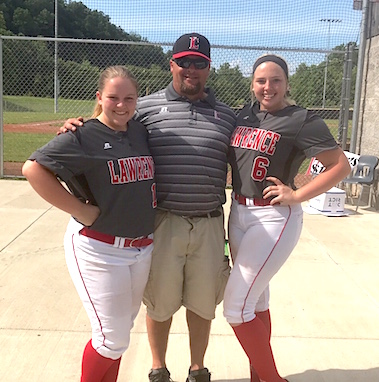 In the first game it was the 15th Region stars winning a close game 2-1 over the 16th Region as Bowen pitched well to help her team advance to the championship.

13th Region beat the 14th Region in the second game of the day.

In the championship game vs the 13th Region it was a 3-2 victory for the 15th Region all stars to capture the title for the first time. 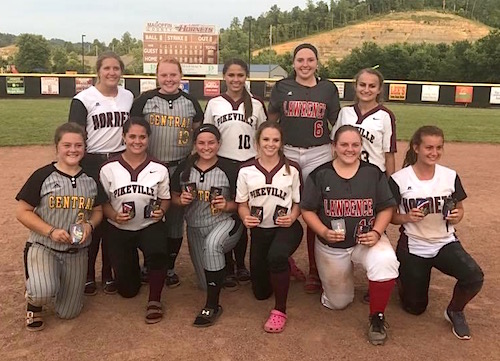 Rice was on base twice via the walk and was very good behind the plate as well. Bowen hit and pitched well during the showcase.

Bowen also showcased her talent last weekend at the University of the Cumberlands in the East/West all star games. She played for the East Junior team as they went 3-0 for the weekend.

“… It was a fun and exciting day. Both games were played error free from the 15th region players and Natalie, along with Ciana played a major role in the success of the team. To beat the 16th and the 13th was a great accomplishment. This was the first time that the 15th region won The Southeast showcase.”

“… It was very bittersweet. I was excited to put on the Lawrence County uniform again but a little sad that this would be my last softball game ever and I wouldn’t be playing with my Lawrence Co girls. Putting on the uniform one last time really set it in stone that after I took it off I would officially be a “has been.”