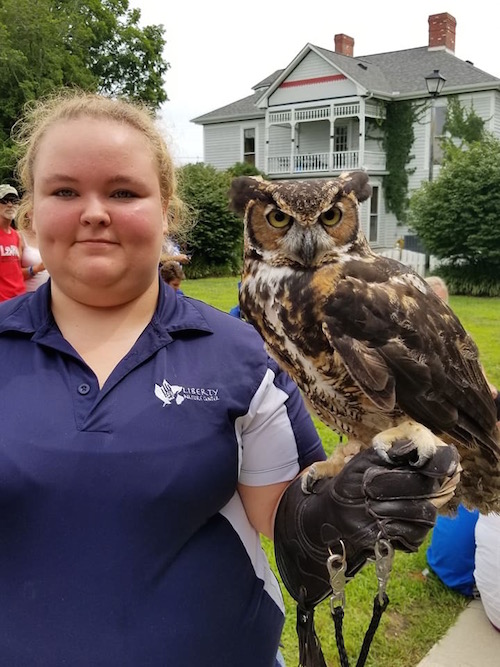 The Father Beiting Appalachian Mission Center (FBAMC) is once again helping the youth of Lawrence County hosting a nature show at Louisa City Park called ‘Raptors in the Park’ on Thursday June 22, 2017. 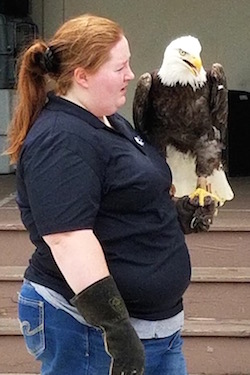 The Summer Feeding program in Louisa provides meals to kids under age 17 at no-cost. It is a federal program that is run through the Ky Dept of Education. FBAMC received a grant last year from Walmart Foundation, via Catholic Charities, and part of that grant went to pay for this group to come support the Lawrence Co. Library Summer Reading Program.

In 2016 about 150 people showed up for the program. This year they decided to expand the program to the campground at the Yatesville State Park, as well as locations in Blaine and Fallsburg. Thursday’s event drew over 300 people.

The Liberty Nature Center of Somerset, Ky, an animal rehab center, brings out their Raptors to educate the children. The program allows kids in 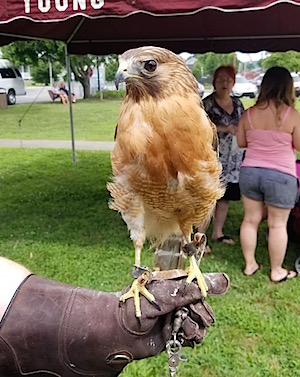 middle and high school to work with injured birds.

Lawrence Countian Cathi Kise Wells, who is on the Board of Directors has been involved with the group for almost 18 years. She said, ” My kids were part of the program when they were in middle and high school. My role is basically that I run the program for FBAMC. I hope that the kids who are “food insecure” are able to benefit… the kids who maybe don’t get good nutritious food during the summer when school is out but the program is for ALL kids regardless of income. I hope that it brings awareness to the adults in our community that we do have hungry kids out there.” 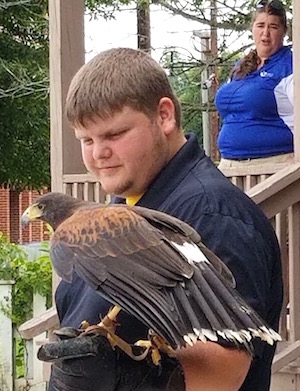