$35 STUDENT FEE WILL HELP PAY FOR CHROMEBOOKS AT LCHS 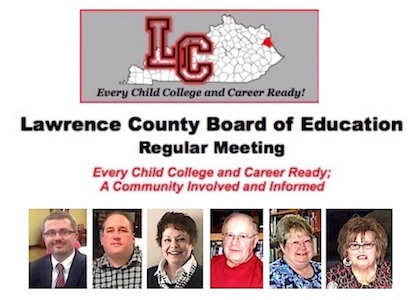 LOUISA, Ky. — The Lawrence Co. Board of Education met for the monthly meeting Monday, June 19, 2017 at 6pm. Those in attendance were Dr. Robbie Fletcher, Heath Preston Board Chairman, Maddlene Roberts Board, Jim See Board and Barbara Robinson Board. Absent was Garnet Skaggs. The meeting was called to order after the prayer and pledge. 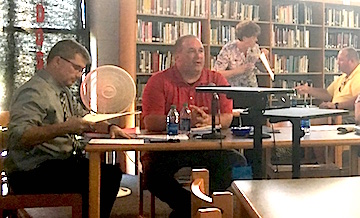 A moment of silence at the request of Dr. Fletcher was held for Michael D. Webb of Louisa, Ky. who passed away recently. Mr. Webb was retired from the Law Co. BOE where he trained bus drivers. He was also a veteran and served proudly, Fletcher said.

Items of communication to the public and to the board from Supt. Dr. Robbie Fletcher included the following.

*  Lawrence Co. has again been approved for 10 days of NTI (Non-Traditional Instruction) for next year from the Ky. Department of Education.

*  Congratulations to Mrs. Bowen, Mrs. Prince and Mrs. Moore on their selection to participate in Activating Catalytic Transformation through KVEC.

*  Once again the summer feeding program has taken to the road, meaning children are being bused into the city for the meals and activities for those who need to take advantage of the program. Dr. Fletcher admits that it is starting slow with participation but is expected to pick up speed.

*  The Annual Evaluation for Supt. Robbie Fletcher will be this Thursday, June 22, 2017 at a special meeting of the BOE.

In other action the BOE:

*  Motion was made by Jim See, second by Barbara Robinson to approve the minutes of the May 15, and 30th meetings.

*  Motion made by Barbara Robinson, second by Maddlene Roberts to approve the Monthly Financial Report from Brandi Vanhoose

*  Scott Osborn, President, Lawrence Co. Organization of Teachers addressed the Board with no concerns but continued to ask for a 5% raise across the board.

The principals of the county schools then gave a report to the Board about the progress of the program ‘Response to Intervention’. The schools use a 3 tier system that integrates assessment and intervention to maximize 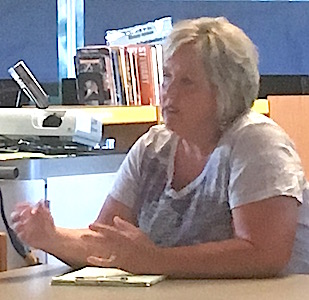 student achievement and reduce behavior problems. A focus of the new year will be to study how and when students move in and out of tiers. At the current time there are vague guidelines for movement in and out of the tiers. Tier 1 is regular classroom instruction, Tier 2 is focused supplemental instruction for students who are not successful in Tier 1, and Tier 3 is intensive intervention designed to meet the individual needs of students who have not been successful in Tiers 1 and 2.

Dr. Cassandra Webb thanked the Board for adding a math teacher which allowed over 200 students to recieve intervention.

“We will be able to offer Tiered Services 9-12. We have never until now been able to offer that and we thank you.” Dr. Webb said.

The bid for paving the parking lot/bus loading area at BES was awarded to Hinkle Asphalt Paving Co. in the amount of $44,865.00 plus additional $10,000 for placing a slotted drain for water removal.

Dicussion of the award/bid for replacement of Fallsburg Elementary Gym Floor was tabled until Thursday’s meeting.

Motion by Jim See, second by Maddlene Roberts to approve the 2017/18 Student Fees. Students will be charged $35.00. This will cover the use of the new Chromebooks and Damage/Loss after the first claim. The first claim of loss or damage will be paid for by the school.

The Board was given a proposal to think about and discuss at the next meeting. Dr. Fletcher would like the Board to consider a campus curfew to decrease the vandalism and damage done to our schools.

Board chairman Heath Preston stated, “We don’t want to impede the public in using our facilities. One of the most used facilities is the track. On the other hand, we don’t want our things destroyed.”

The Board was reminded of a grant that the Louisa City Police have applied for that would allow for a full time officer to be used county wide.

Re: Request to the Lawrence County Board of Education for Changes regarding Positions

LOUISA UTILITY BOARD VOTES TO PAY CARTERS $2,000 FOR OVER CHARGES