BOWEN MAKES ALL STATE, WILL PLAY IN ALL STAR GAMES THIS WEEKEND

Louisa, Ky. —  Lawrence Co. Senior to be Ciana Bowen was recently named to the 2017 Kentucky Class AA all state second team. Bowen has made all state for three straight seasons. 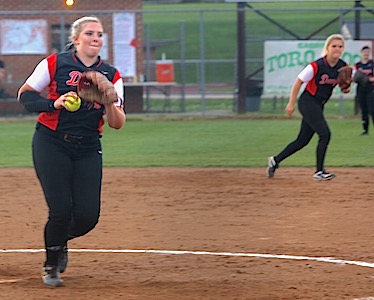 Bowen will also play in East/West junior all star games that will be played at the University of the Cumberlands in Williamsburg Kentucky this coming weekend. The two teams will play three games.

Bowen will play for the East team which is made up of girls from the following high schools:

Bowen led the Bulldogs to another 60th District championship and was MVP of the District. 15th Region semifinal appearance and 15th Region all tournament team.

“… I am very thankful for making the All State team for the third year in a row. I couldn’t have done it without the help from my coaches and my teammates and I want them to know I appreciate everything they have done to help me achieve this goal.

“…I am very excited to be playing in the East/West All Star games this weekend and play with the best players in the state. When Coach Horn told me I was selected, I was in shock. It is a very big honor to be able to represent Lawrence County this weekend. The individual awards are very humbling, but ultimately mine and the team goal is to make it to Owensboro next season!”