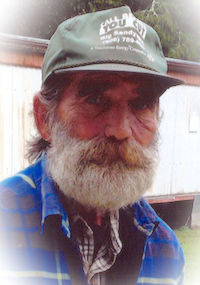 Ace was born Oct. 18, 1955 at Martha, KY the son of the late Okie and Clothine Hicks Vanover. He was a retired telephone lineman.

Graveside funeral services will be held on Wednesday June 14th at 4:00 pm at the Terryville Cemetery at Terryville, KY with Rev. Ed Austin officiating.

LADY REBELS CLOUD AND NICHOLS MOVING ON TO THE NEXT LEVEL