The Trump administration’s claim that the coal industry has added nearly 50,000 jobs since the fourth quarter of 2016 is largely exaggerated, writes Glenn Kessler in The Fact Checker column for The Washington Post. 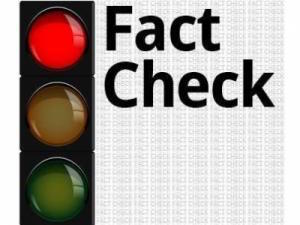 Scott Pruitt, administrator of the Environmental Protection Agency, made essentially the same claim on three Sunday TV shows: “We’ve had over 50,000 jobs since last quarter — coal jobs, mining jobs — created in this country. We had almost 7,000 mining and coal jobs created in the month of May alone,” Pruitt said on ABC’s “This Week.”

There are several problems with Pruitt’s claim, Kessler writes. “According to an EPA spokeswoman, Pruitt bungled the line on one show and did not accurately express it on other shows. (He kept saying ‘since the fourth quarter,’ which sounds like the end of the year, when she said he meant to say since October.) But even if he had gotten it right, it still would have been deeply misleading,” he explains.

“On the other programs, Pruitt more carefully referred to ‘mining and coal’ or ‘coal jobs, mining jobs,'” Kessler explains. “You can see how he tries to slip in the word ‘mining.’ That’s a sign that this is a carefully crafted spin. He emphasizes coal while trying to be technically correct by slipping in a reference to mining.”

If you look at BLS data on mining jobs as far back as October, you end up with a gain of 47,000 jobs. “That’s Pruitt’s ‘nearly 50,000.’ (From April to May, there was a gain of 6,600 jobs — that’s Pruitt’s 7,000.) Of course, Trump only became president on Jan. 20, so it’s more appropriate to look at what has happened since January. That’s a gain of nearly 33,000,” Kessler reports. “But the biggest problem with Pruitt’s statistic is that most of the gain in ‘mining’ jobs has nothing to do with coal. Most of the new jobs were in a subcategory called ‘support activities for mining,’ which accounted for more than 40,000 of the new jobs since October and more than 30,000 of the jobs since January.” What’s more, 75 percent of the jobs in the “support for mining” subcategory are in oil and gas, and the latter industry has helped cause coal’s decline.

“So, rather than the gain of 47,000 jobs touted by Pruitt, the reality is that 1,000 coal jobs have been added since Trump became president,” Kessler writes. “For the month of May, the gain was 400 jobs, not 7,000.” Kessler notes that coal-industry officials would argue that figures for mining and coal are too narrow and that an additional 3,000 to 4,000 support jobs can be attributed to the industry.