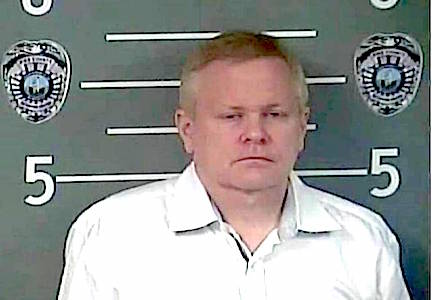 BY BILL ESTEP AND LINDA BLACKFORD

The FBI office in Louisville issued a press release saying Conn had removed his electronic monitoring device in violation of his bond and that authorities didn’t know where he was.

Conn pleaded guilty to stealing from the Social Security Administration and paying bribes to a judge to rubber-stamp disability claims for thousands of his clients. Conn remained free on bond pending his sentencing next month, but a judge had ordered him to be on home detention with electronic monitoring.

Conn faced up to 12 years in prison. He had also been ordered to pay more than $80 million — $5.7 million to repay fraudulent earnings; $46.5 million to the Social Security Administration; and $31 million to the government and two whistleblowers who helped expose his wrongdoing and their attorneys.

After Conn was arrested in April 2016, prosecutors argued he should have to stay in jail pending trial, partly because of the risk that he could flee.

Employees in Conn’s office had heard him say he would flee to Cuba or Ecuador to avoid criminal charges, and Conn had wired substantial sums of money out of the country at times, an FBI agent testified at one hearing.

“If he were to leave, to cross a border, he could go to wherever he has stashed some money and flee,” Assistant U.S. Attorney Trey Alford said at the time.

Conn’s attorneys pointed out that he had not fled even though he’d known for years that he was under investigation, and that he had substantial ties to home, including his elderly mother and teen daughter.

U.S. Magistrate Judge Robert E. Wier allowed Conn out of jail but set a number of conditions, including home detention with GPS monitoring at his large house in Pikeville. Wier also required Conn to pledge his home to secure a $1.25 million bond and to surrender his passport.

Conn said at the time that he was not a threat to skip town.

“Your trust is not misplaced,” he told Wier.

The court issued an arrest warrant for Conn Saturday after he disappeared, according to the release from FBI chief counsel David Habich.

Conn’s lawyer, Scott White of Lexington, said in a phone call Saturday said he was “extremely concerned” about Conn.