Sandra Baldwin Claims That Car Was “Physically and Wrongfully” Taken From Her; Suit Asks For Compensatory And Punitive Damages… 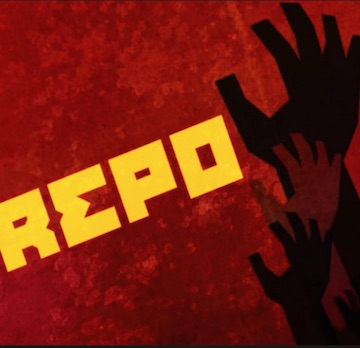 PAINTSVILLE – Sandra Baldwin, a Johnson County resident, and her lawyer,
David Runyon of Kirk Law Firm, have filed a 19-page lawsuit against AA REPO EAST, LLC, of Lexington, Eddie Pinson of Pikeville, allegedly an employee of AA REPO EAST, and three other parties for Compensatory and Punitive Damages for what the Complaint, filed in the Johnson Circuit Court, says was a “Wrongful, Physical Taking of Her Vehicle.”

According to the allegations in the lawsuit, on the evening of July 8, 2016,
Plaintiff had just gotten to her car, a 2011 Kia Soul which was parked at her home at Paintsville, when a black pickup truck pulled in front of her car and “blocked” her. An “Unknown Female” exited the pickup truck, came to Plaintiffs car, and told Plaintiff to leave her car because she and the pickup driver, later identified as Eddie Pinson, were there to “Re-possess her car.”

According to the lawsuit, Plaintiff Sandra Baldwin told Pinson and the “Unknown Female” that “her car payments were current” and that she “would not leave her car” and that they “should not repossess her car.” However-according to paragraph 24 of the Complaint – “Defendant Pinson and Unknown Defendant physically and forcibly removed Plaintiff from her car and repossessed it.”

The lawsuit alleges a number of legal violations including Physical Contact and
Battery, Breach of Peace, Breach of Contract, Conversion, Vicarious Liability and Breach of Kentucky Uniform Commercial Code.

The lawsuit demands Judgment for both Compensatory and Punitive Damages
and a Trial by Jury.

“We intend to prove to a Johnson County Jury that the Rights of one of our
citizens were grossly violated when her car was physically taken from her at her home,” John Kirk said, “and we intend to get compensation for what was done to her.”

“John and I are looking forward to working for Sandra and getting Justice done,” David Runyon, Plaintiff’s lead counsel, said.

Other Defendants in the lawsuit are SANTANDER CONSUMER U.S.A. and
PAR, IN. d/b/a! PAR NORTH AMERICA.