LADY BULLDOGS SHUT OUT SOUTH FLOYD, JOHNSON CENTRAL UP NEXT

Pikeville, Ky. — Lawrence Co. ( 17-17 ) scored ten runs in the bottom of the first inning and went on to win 15-0 in four innings over South Floyd ( 8-15 ) in the first round of the 15th Region softball tourney at Pike Co. Central on Monday afternoon. 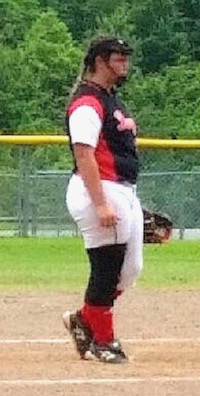 Mackenzie Methex allowed only two hits and struck out three to pick up the win. Methex also drove in two runs to help out her own cause.

For South Floyd that was the last game for athletics in school history. They will consolidate with Allen Central to form Floyd Central in the fall.

Lawrence Co. will play Johnson Central tonight at 6:00 pm. The Golden Eagles beat East Ridge 2-1 in yesterday’s first game.
JC won the only meeting for JC vs LC this year 14-0 on April 15th.

” It’s always good to get the first round win in the region. We need to stay focused and be ready for the next one vs Johnson Central.”