Louisa, Ky. — For the second time this season Lawrence Co. ( 16-17 ) beat Belfry ( 21-13 ) in extra innings, this time 3-2 on Friday night to win the 60th District championship for the third and final time before moving to the 58th next season.

The Lady Dawgs went 24-0 in 60th District play over their three seasons.

Three Peat for the Lady Bulldogs in 2017 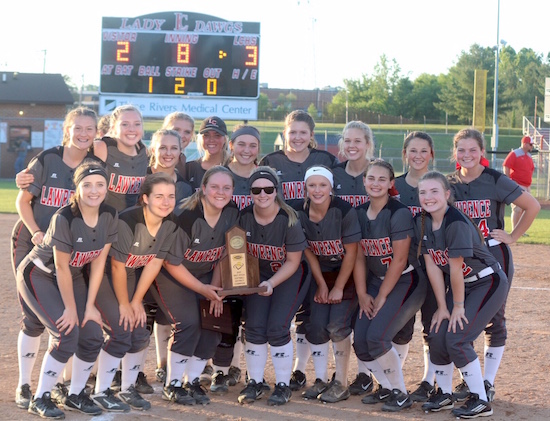 Keyarah Bowen singled to lead off the bottom of the 8th and was replaced by pinch runner Halli Caudill who made her way to third before the next two hitters were intentionally walked. That brought senior Natalie Rice to the plate who lifted a fly ball to the outfield to score Caudill and end the game. 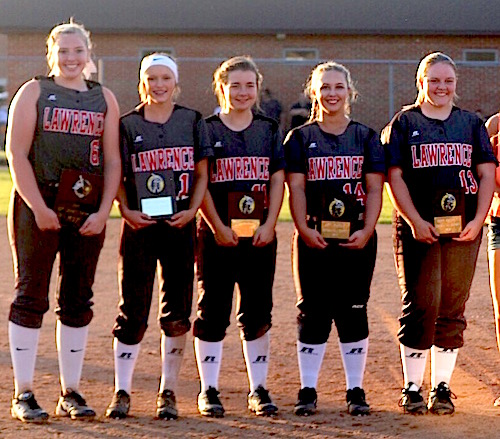 “… I’m really proud of the way the girls stayed at it tonight. Ciana was lights out in the circle with 16 K’s. I’ve really been on my older kids wanting them to step up and they did. Peck just about ended it in the 7th with a shot off the fence in left center. Keyerah Bowen lead off the bottom of the 8th with a single and with the bases loaded Senior Natalie Rice ended it with a sac fly that score Caudill from 3rd. Not many kids can say they have won 3 district championships in a row and have never lost a game in the 60th. Again, I am super proud of these kids for not giving in!”