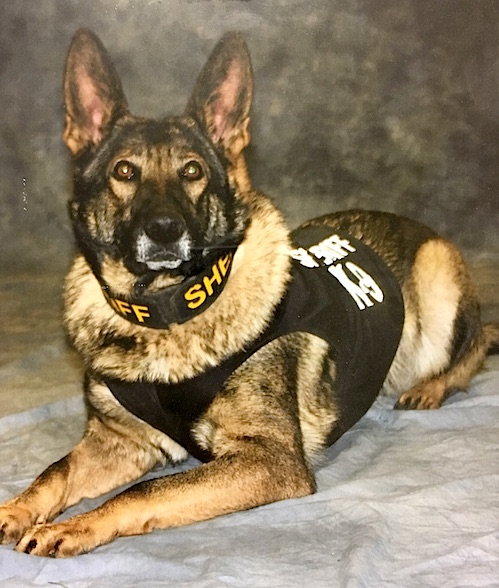 It is with a heavy heart that the Lawrence County Sheriff’s Office announces the death of their K9 Liah.

K9 Liah passed away of natural causes on May 23, 2017. Liah had been an important and vital member of the Sheriff’s Office team since November of 2005 when she was purchased from Battle Ridge K9.

Liah provided many faithful years of service and was instrumental in the detection of illegal drugs, suspect tracking and the education of children and the citizens of Lawrence County.

During her years of service K9 Liah had been handled and/or cared for by Sheriff Garrett Roberts, Sgt Chuck Jackson and Deputy William “Sonny” Mynhier. The majority of those years were under K9 Handler Sgt Jackson.

K9 Liah will be sadly missed.