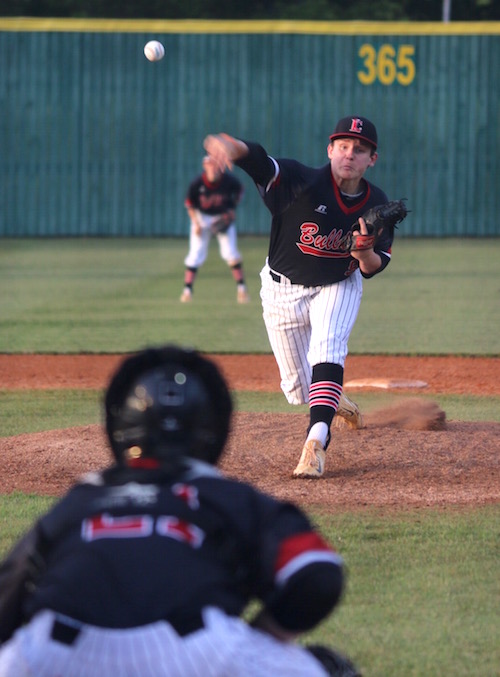 Fairchild gave up one run in the first inning and was in control the rest of the way he only allowed five hits and struck out seven Pirates.

Lawrence Co. scored three in the second, and two runs each in the fifth and sixth to put the game out of reach. 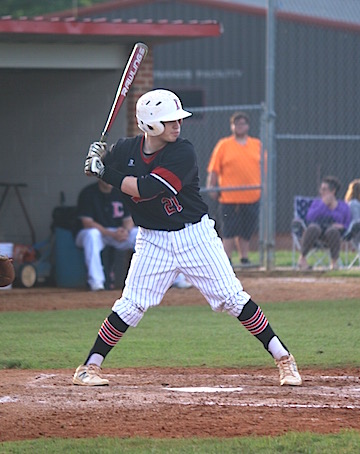 Lawrence Co. will move onto the District championship which will be played tonight at 6:00 vs Pike Co Central ( 20-15 ) who took care of Phelps in the second game on Monday night 15-2. The Bulldogs beat the Hawks 10-0 and 6-0 in the regular season.

“… Great to punch our ticket to the region tourney. Very proud of our kids and the resiliency they’ve had all year overcoming a lot of adversity and put themselves in position to win another district championship tonight. Awesome testimony to the work they’ve put in…

“…Big difference tonight was Brad Parks being back in the lineup. That kid has been a dream to coach this year. He’s clearly our leader and is one of the toughest kids I’ve ever coached.”

LADY DAWGS PLAYING FOR ANOTHER DISTRICT TITLE WITH WIN OVER PHELPS