DOG REUNITED WITH OWNER AFTER TWO-YEAR ABSENCE AND 2,200-MILE JOURNEY 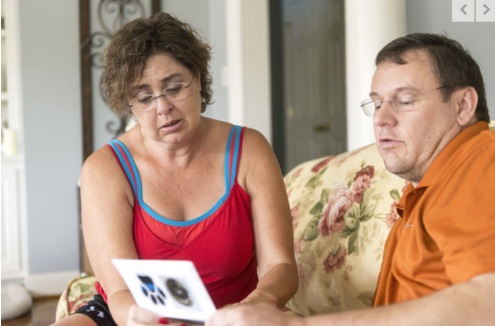 Tammy Crews waited anxiously in the Nashville airport to be reunited with her dog named Trixie Love Crews.

Trixie had been missing for two and a half years, and it wasn’t until Crews got a call from an animal shelter in California – more than 2,000 miles away – that she had any hope of seeing her again.

As she sat by the baggage claim, Crews thought she heard whimpering but couldn’t be sure it wasn’t just a squeaky wheel. Then she saw the dog carrier and broke into tears.

As the Maltese pawed at the bars of her cage, an airport employee cut away the last bit of wiring holding the door shut. The two reunited with a hug and affectionate kisses.

“She’s so little,” Crews said in between tears. “She’s lost a lot of weight.”

Now, Trixie is settling back into her old home with Crews, her husband, Thad, and their son. The family’s three other dogs are welcoming her back too as another dog named Stella constantly watches over her.

“The second they smelled her they knew who she was,” Crews said of her pets.

When Trixie got out of their home off Cemetery Road and disappeared in January 2015, Crews scrambled to find her.

Her dog, now roughly 13 years old, had just had surgery and wouldn’t have the anti-inflammatory medicine she needed. Crews posted flyers advertising a reward along the road and at gas stations. She knocked on neighbors’ doors and got them involved.

There were many false alarms even long after she went missing, Crews said.

Her former neighbor Blythe Ann Hockensmith helped her search by checking along Cemetery Road and calling for her around a nearby sinkhole.

“She was just in a panic,” Hockensmith said of Crews. “It seemed like (Trixie) actually just dropped off the face of the Earth.”

Looking back, Crews remembers a group of workers nearby that day and believes she might have been stolen. She can easily see Trixie, a friendly dog, bounding out of the house through her doggie door and going over to greet them.

Despite how long they were separated, Crews always held out hope that they would be reunited. Trixie had a microchip that could be used to trace her back to her owner if anyone brought her into a veterinarian’s office or animal shelter.

That day came last week when Trixie was found wandering in a Wal-Mart parking lot in Turlock, Calif., which is more than 2,200 miles from Bowling Green. Trixie, malnourished and her hair matted, was taken to Turlock Animal Services.

There, employee Glena Jackson started running through phone numbers registered to Trixie’s microchip. The first phone number was the family’s old home phone and failed to get through, but Jackson got lucky with a second phone number of the family’s vet.

Crews’ husband Thad remembers when the call came and his wife’s reaction.

“I was worried that someone had died,” he said.

Ultimately, Jackson drove more than two hours to Sacramento to put Trixie on a plane for Nashville, where the family picked her up late Saturday night. 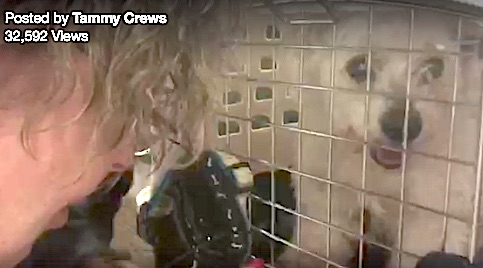 When Crews embraced Trixie, the word that went through her mind was “finally.”

Now, Crews spends a lot of her time researching how to restore her dog’s health. The entire family will be reunited next month when her other two college-age children return from studying overseas.

“You usually don’t have happy endings,” she said.

Hockensmith remembers when one of her own dogs was killed by a passing car as she went out to get her mail. She also remembers how Crews and her daughter consoled her. Her appreciation of a dog’s love is deep, she said.

“It’s a love that you can’t even fathom,” she said.

Thad Crews stressed the importance of getting pets microchipped. The Bowling Green-Warren County Humane Society offers the service for a $20 fee, no appointment needed.

“We wouldn’t have got her back without the microchip,” Thad Crew said.

As an animal lover, Crews loves watching videos of dogs being reunited with their owners returning from military service or other long absences.

“I can’t believe that this is our story,” she said sitting on her living room sofa with her family and pets around her.