DAWGS SWEEP RACELAND — ONE WIN AWAY FROM ANOTHER 20 WIN SEASON

Phelps, Ky. — Lawrence Co. ( 14-10 ) won their 22nd straight 60th District softball game on Monday night with a 16-0 victory in four innings over the Phelps Lady Hornets. The Lady Dawgs are 6-0 this season in District play and have never lost a 60th District game in three years. 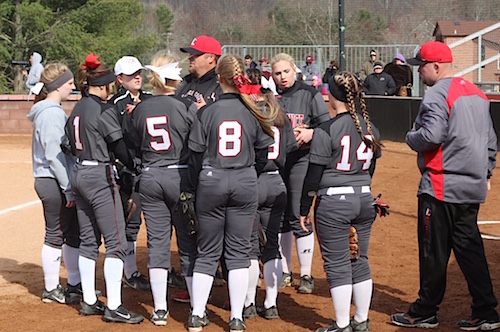 Ciana Bowen tossed another gem as she went the distance in the circle allowing only one hit and striking out eight. She also picked up three hits to help her cause.

” I decided that we would need runners on and they we would bunt, then bunt, and then bunt some more. Hard to hit that slow stuff.”

Raceland, Ky Lawrence Co. ( 19-8 ) is one win away from another 20 win season in their storied Baseball tradition after sweeping a twin bill from Raceland on Monday night 15-6 and 4-1. 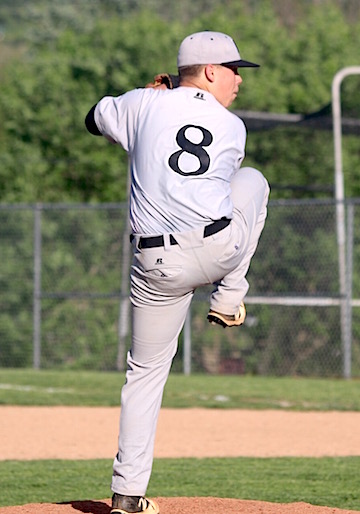 In the first game Bulldog Freshman Jackson Feltner continued his hot hitting with three knocks including a double, three RBIs, and scored three times, Hunter Crum had a hit, three RBIs and scored twice, Brad Parks had two hits, two runs scored and knocked in one, Austin Roe had a double and one RBI, Peyton Cyrus had one hit and scored once before leaving with an injury in his first game back after being hurt at the Beach, CJ Fairchild doubled and scored a run, Trace Bowen had a hit, scored twice and knocked in two.

Bryce Blevins went six innings, striking out seven, allowing two runs on five hits and picked up the win while getting two hits, two RBIs and scoring a run to help his own cause. Lucas Maynard closed in out in the seventh.

Austin Roe broke open a 1-1 tie in the seventh inning with a bases clearing double to propel the Dawgs to victory in the second game of the twin bill. Roe accounted for all the RBIs in this one. 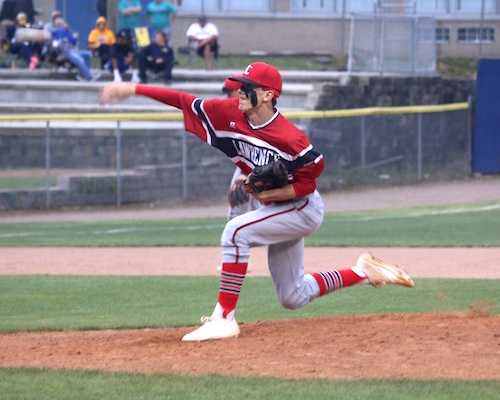 CJ Fairchild went six strong innings striking out ten and allowing zero earned runs to get the win. Blake Jordan pitched the seventh striking out two to pick up the save.

Lawrence Co. will host the Spring Classic on Saturday.

“… Two nice wins on the road out of region against a very competitive Raceland team, Plenty of offense in game 1 capitalizing on opportunities in almost every inning.”

“…Game 2 struggled for most of the game to figure out the Heighton kid offensively. But CJ Fairchild was stellar after a shaky start and slammed the door on every Raceland opportunity after the 1st inning. Big night for Parks and Roe to bring us back in the 6th and go ahead in the 7th.”