CLERK CERTIFIES PETITION, ‘NICKEL TAX’ WILL BE ON BALLOT

Question is: when election will be held? 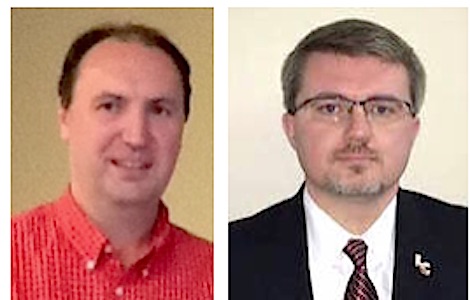 LOUISA, Ky. — Lawrence County Clerk Chris Jobe said he has certified a petition asking for a public vote up or down on the proposed ‘nickel tax’ passed by the Lawrence Co. BOE for the purpose of building a new elementary school in or near Louisa.

Jobe said the board has 15 days to set the election which could be as early as 60 days or less or next November, 2018.

Jobe said since this is an off year and there are no regular elections, the earliest they could have it free of charge would by November 2018.

The BOE will have to pay the $30,000 charge for a special election, Jobe said. Or they could wait until the General election next year.

Supt. Dr. Rob Fletcher said there are different ways of looking at it.

“…If the petition receives validation from the County Clerk, then the Board will decide the next steps. As you know, the Board can approve payment for a special election or wait until next year to have the nickel tax referendum placed on the ballot in 2018. The cost of a special election would be, according to Mr. Jobe, around $30,000.

…Waiting until next year would save $30,000, but it would delay the request for matching funds from the state until the 2020 budget session. This, in turn, delays the building of a new school at least 2-3 years, IF the nickel passes the referendum in 2018.”

So if the petition passes and the ‘nickel tax’ is defeated there will be no new school even begun before 2020. Jobe said the BOE has 15 days to let him know when they want to have the election.

A spokesperson for the Citizens against the nickel tax said they turned in 1,062 signatures. Jobe did not say how many his office counted to get the 620 necessary to get on the ballot.