CAUSE OF SAW MILL FIRE IN NORTHERN LAWRENCE CO. A MYSTERY

BUILDING WAS REPORTEDLY SITE OF AN OLD SAW MILL 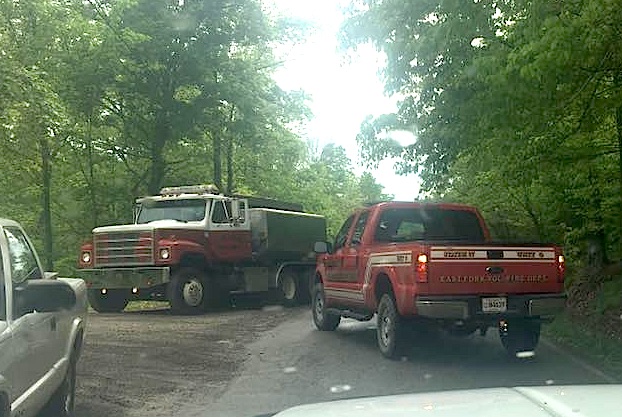 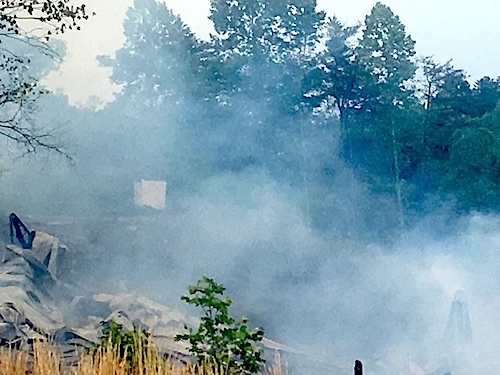 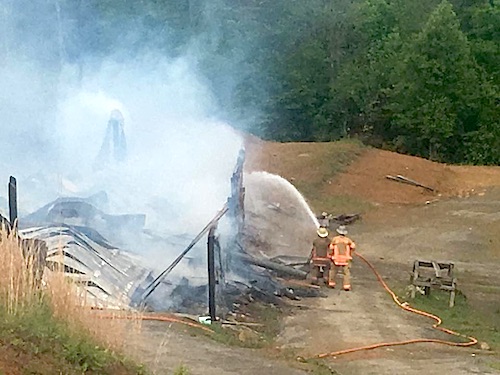 State fire investigators have yet determine what was the cause of a fire that destroyed a large old and vacant wooden building, that was once the site of saw mill, in northern Lawrence County on Friday afternoon, May 5.

After getting the call, Lawrence E-911 then dispatched the Big Sandy Fire Department to the reported blaze area. Once on the fire scene, Big Sandy fire crews saw that the building in question was extremely large, and that the fire was spreading and engulfing the site, due to the structure being entirely made of wood, leading the Big Sandy team to make requested dispatch for additional assistance in fighting the fire.

A second fire department was sent to to fire site, the East Fork Fire Department – Station 97, from nearby on Route 3 in out of the Rush area of Boyd County, where the East Fork team soon thereafter arrived on scene.

It took the combined large contingent of both fire departments around two hours to extinguished the fire.

After the blaze was put out, it was determined that the structure was a complete and total loss. No one was injured in the fire involving any civilians or any firefighters who were present fighting the flames. Both fire departments left the scene around 5 P.M.

Kentucky state fire marshals at this period are still investigating as to what started the fire that destroyed the old saw mill.