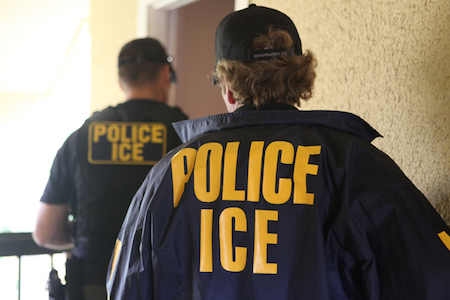 El Azul Grande restaurant in Pikeville was closed temporarily in Pikeville on Monday, as the owner reports that Immigration and Customs Enforcement (ICE) officers arrested three employees there.

Frank Childers, who owns El Azul Grande in Pikeville, South Williamson and Prestonsburg, said ICE officials were looking for a man who worked in Salyersville when they arrested three employees at his Pikeville business.

“From what I heard, they were looking for a man who worked in Salyersville, and a man said ‘El Azul Grande in Pikeville’ and they came here,” he said.

Childers would not provide the names of the employees who were arrested. He said two of them had already been released on May 4.

Leticia Zamarripa, a spokesperson for the ICE field office in Texas, would not confirm the arrests, saying only, “ICE does not comment on ongoing investigations” when asked for confirmation.

She did however, release a statement about ICE enforcement actions, stating via email immigration-related arrests are part of “routine targeted enforcement.”

She also wrote, “All ICE operations are targeted based on investigative leads, and in compliance with federal law and agency policy. ICE does not conduct sweeps or raids that target aliens indiscriminately.”

Attempts to identify those arrested at El Azul were unsuccessful.