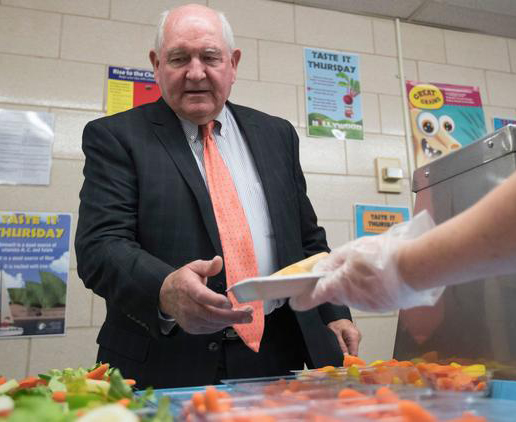 Agriculture Secretary Sonny Perdue announced Monday “he would be relaxing guidelines and providing greater flexibility in nutrition requirements for schools’ meal programs,” Melissa Etehad reports for the Los Angeles Times. The guidelines, championed by former First Lady Michelle Obama, called for stricter nutritional standards for school lunches in response to the growing obesity epidemic, which is particularly problematic in rural and under-served areas.

Perdue said during a visit to a Virginia school: “This announcement is the result of years of feedback from students, schools and food-service experts about the challenges they are facing in meeting the final regulations for school meals. If kids aren’t eating the food, and it’s ending up in the trash, they aren’t getting any nutrition—thus undermining the intent of the program.” Critics of stricter guidelines said they were difficult to meet. 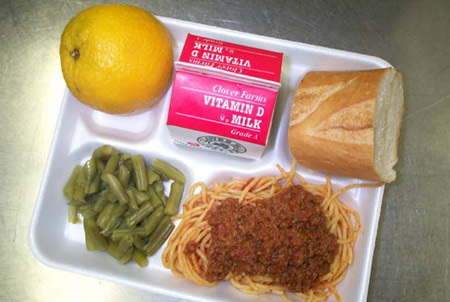 “Under the changes to the federal nutrition standards, schools won’t have to cut salt in meals, states will be able to allow some schools to serve fewer whole grains, and schools will be allowed to serve 1 percent milk rather than only nonfat milk,” Etehad writes.

“The Obama administration placed standards on school lunch nutrition in 2010 when it passed the Healthy, Hunger-Free Kids Act,” Etehad reports. “During that time, Michelle Obama was seen by many as a leading advocate in the fight against childhood obesity. She started the Let’s Move! campaign, which sought to encourage children to take part in more physical activity and help provide healthier food options in schools in under-served communities.”