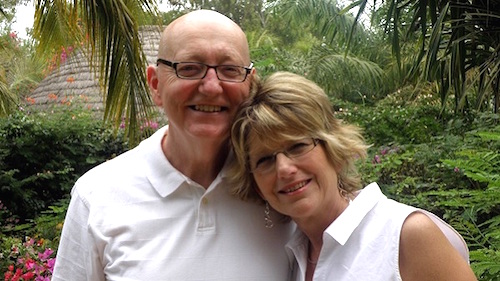 Dr. Mark Karnes likens the work he does to a well-known Christian proverb: “Teach a man to fish, and you’ve fed him for a lifetime.”

Both as a Christian and an OB/GYN, he hopes to achieve a lasting impact in Ethiopian healthcare by treating at-risk women and instructing other medical professionals there.

The 1967 Heath High School graduate grew up “right on the McCracken and Ballard County line,” eventually moving to Cameroon for five years as a medical missionary after his internship. Karnes said he again “felt called” to Africa with his wife, Allison, after 25 years of practicing in Michigan.

The couple returned to Paducah in April for a funeral and to visit with family. While in town, he spoke with The Sun about his medical career overseas.

Since 2010 Mark has been on-call “24 hours a day, seven days a week” at the 140-bed Soddo Christian Hospital in the Wolaitta region of southern Ethiopia.

“Christ first healed people, then taught them,” Mark said. “Part of our work is (also) training African doctors in the field of surgery, so they’ll be able to carry on.

“It’s one thing to do a caesarean section myself to save the life of a mother and child, but to teach (another) how to do the same operation is a great thing.”

Initially he was one of two OB/GYNs for a population of roughly 2.5 million. Three others have arrived to the region since then.

“When (my wife and I) first went to Ethiopia, 94 percent of women delivered at home without a healthcare professional,” he said. “I’d say that number is probably 60 percent now.”

Despite progress, both Mark and Allison said issues remain.

While the Ethiopian government has encouraged more medical schools and training, Mark said many native physicians graduate only to work abroad.

Cases of uterine prolapse and molar pregnancies — where an undeveloped fetus causes harm to the mother — also threaten the well-being of his patients.

“We’ve lost patients simply from lack of blood,” he said. “In the states I never lost a patient or a mother from that, but in Ethiopia it’s a different world.”

Allison credited the Ethiopian government for a “substantial difference,” saying the Wolaitta region has expanded to a university of about 15,000 students and a medical school.

“I give them a tremendous amount of credit, because they really want to improve the system there,” Allison said. “You’re seeing healthcare in the country (also) really begin to improve.”

She’s brought her own cause to the region as director of WRAPS — Washable, Reusable, Affordable Pads — a nonprofit providing clean sanitary pads and access to education for Ethiopian schoolgirls. Her organization addresses hygiene, menstruation, staying in school and overcoming disadvantages.

“(Mark and I) both have a passion for changing the lives of women in Ethiopia,” Allison said. “I see injustices there done to women — forced marriage, rape — and it’s a horrific system for rural schoolgirls.

“The government is striving hard to change that, but in the rural areas it’s still far behind.”

Allison added the country’s road system in rural areas has improved greatly — aiding the work they do.

“I used to have (patients) walk three hours to the road, then take a taxi for hours to get to me,” Mark said. “I think it’s gotten better.”

Visit soddo.org to see about potential ways to get involved. Mark and Allison Karnes also host a blog at soddospecialdelivery.org.