RICHMOND, Ky. – Now 89, Appalachian scholar and humorist Loyal Jones has seen his native region evolve from a land of coal camps, mine wars and mechanization to one looking for new industry and lots of help. And he still looked ahead Thursday night as he accepted the East Kentucky Leadership Foundation’s top award. 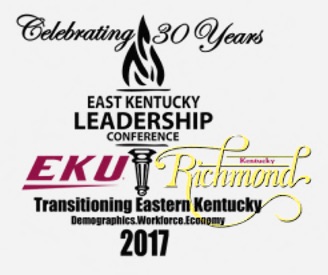 Several exemplars of those values received awards. David McFaddin, an EKU vice president, won the Public Individual Award; Chris Hall of Perry County won the Youth Leadership Award for his work on weather and safety; and Bruce Parsons of Hazard won the Media and Technology Award for starting The Holler, a social learning network.

Three other winners live in Berea. Jane Stephenson’s Berea-based New Opportunity School for Women received the Organization Award for its work to help women face challenges and improve their lives. She said the award “really goes to the 900 women” who have completed the program.

Bill Best, who collects, raises and sells heirloom seeds and new varieties of plants at his Berea farm, won the Private Individual Award for service to the region. He is the author of a new book, Kentucky Heirloom Seeds. He told the crowd, “We may be the only place on Earth where there are more seeds available than there were 100 years ago.”

Appalachian photographer Warren Brunner of Berea won the Culture and Arts Award. He said of his career, “What got it all started was Loyal Jones,” who sent him to Pike County to photograph the first group of Appalachian Volunteers in 1964.

Jones won the Tony Turner Award, named for the late news director of Hazard’s WYMT-TV and given for major contributions to the betterment of the region, and not every year. Jones recalled a story about an Old Regular Baptist minister whose congregation gave him an award for humilty, which it took back when he bragged about it. “I’m going to brag about this award,” he said, “modestly, of course.”

Earl Gohl did a little bragging earlier. The federal co-chair of the Appalachian Regional Commission said “We’re on the right track” in Eastern Kentucky, a chronically poor region that has lost more than half the jobs in its major industry, coal. “There are great things happening here,” Gohl said, citing new philanthropy, development of entrepreneurs, job training, a better education system, the University of Pikeville, and a regional broadband network, which he called “a tough slog.”

“We’re able to get past county lines,” Gohl said, citing a chronic obstacle to unity in the region. “We’re able to get past other lines that limit our ability to think, work and get things done.” He said that is thanks in large part to Shaping Our Appalachian Region, an economic-development effort launched when the coal industry began to tank.

“Make no mistake, we are in a time of great transition,” said Peter Hille, chair of the foundation and head of the Berea-based Mountain Association for Community Economic Development. “We relied too much for too long on a single industry, and we were not prepared for this transition.”

Hille added, “To have a fair shot at building a new economy requires a level playing field. It’s hard to build a new economy in a place where broken markets make it harder to start new businesses; where the natural environment has been compromised; where the infrastructure is sorely lacking; and where long-term economic distress has impacted health, education, demographics. The people of Eastern Kentucky deserve a level playing field.”

There was also a transitional feel in the entertainment, compared to past annual awards dinners of the foundation. The Local Honeys, a banjo-fiddle duo, performed an anti-coal song, “Cigarette Trees.”

PETITION TO AXE THE NICKEL TAX FILED WITH 1,000 SIGNERS