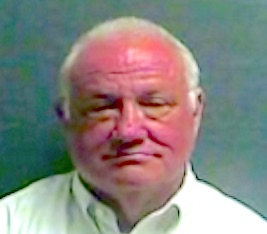 An arrest of a former district judge in Northern Kentucky on a human trafficking charge has shocked the community.

Police arrested former Campbell County District Judge Tim Nolan on charges of human trafficking and unlawful transaction with a minor, according to court documents and a release from Kentucky Attorney General Andy Beshear.

Nolan, 70, who has been outspoken in conservative politics and the tea party movement in recent years, was elected to the Campbell County School Board in November. He was also the chairman of President Donald Trump’s campaign in Campbell County.

Court documents don’t give much detail about the incident or incidents that led to the charges. Authorities allege in the criminal complaint Nolan in August 2016 induced a minor into illegal sexual activity and gave alcohol to the minor. It doesn’t say how old the victim was.

To avoid conflicts of interests, a special judge from out of the area, District Court Elizabeth Chandler from Carroll County, is presiding over the case and all court documents are being filed in Boone County. The attorney general’s office is prosecuting.

By Scott Wartman
The Kentucky Enquirer